Are governors who rushed to re-open against the advice of public health experts guilty of negligent homicide? 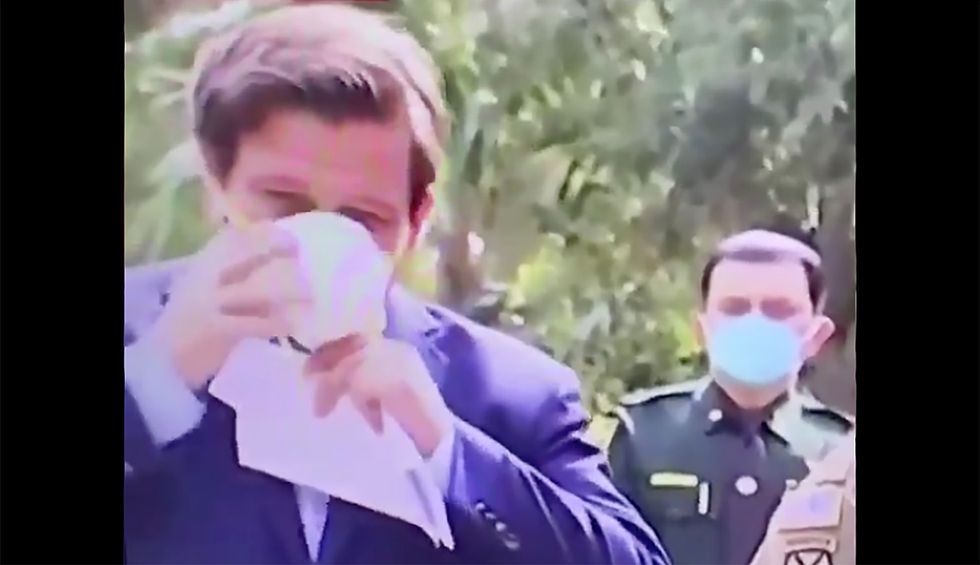 I’m not sure why negligent homicide is not at the center of debate over the reopening of southern and plains states like Texas, Florida, and Oklahoma. I’m not sure why we are not discussing what these Republican governors knew, and when they knew it, as they rushed to reopen in the face of authorities saying it would lead quickly to eye-popping spikes in rates of coronavirus infection. So far, the debate seems centered on partisan politics, especially the president. That’s not where it ought to be, though.

Consider what this might look like in a nonpartisan setting. In the beginning of the Covid-19 pandemic, Carnival’s Grand Princess cruise liner was still at sea. Company executives discovered she’d grown lousy with coronavirus. They knew Carnival would face wrongful death lawsuits. The firm might even be subject to criminal prosecution, depending on the severity of the outbreak. They decided to let passengers party on. About 1,500 got sick, and dozens more have died since March. Company executives knew what they were doing when they did it and went ahead with doing it anyway. Whatever the cost of defending the firm in the future was going to be less than the profits earned from maintaining the status quo. This is what happens when human health and human suffering are gains and losses in the accounting department.

This strategy was perfected by the tobacco industry. It knew smoking caused cancer. It knew smoking was addictive. It knew a cancer-causing, addictive and socially accepted product like the cigarette had killed and would kill scores of millions of people. Cigarettes were cash cows, though. So for decades, Big Tobacco mounted a two-pronged front. One: sell sell sell. Two: deny deny deny. Eventually, the public figured out its game, but not before scores of millions were dead. The industry later had to pay out, sure, but after profits secured and no one going to jail. The strategy has been repeated by the companies peddling plastics, coal, consumer products and others.

I see the Republican governors of Florida and Texas and others playing a similar game. They knew the status quo—no masks, no social distancing, and/or no orders to require them—was going to sicken or kill people, especially people of color and the elderly. Greg Abbott and other GOP governors were even forthright about being aware of the risks and pressing ahead with reopening without a comprehensive plan for doing so. I think they believed reopening in a hurry was going to “profit” in the form of economic activity that would boost Donald Trump’s chances of being reelected. They made a cold-blooded “business” decision. Dead people were the cost of doing GOP politics.

As a consequence of their gross negligence, Wednesday saw a record 36,000 new cases, the biggest one-day increase since late April. As a consequence, the case numbers and death toll in the United States keep climbing while they keep falling in other western nations. As a consequence, states that flattened the curve—specifically, New York, New Jersey and Connecticut—now require visitors from “hot spots” to quarantine. As a consequence, the European Union might bar travel from the US, as if the US were a banana republic whose corrupt leader is indifferent to the suffering of his people.

It was a bad decision, though. I don’t mean “bad” in terms of public health. I don’t mean “bad” in terms of economics. Those are obvious. I mean bad politically. And because it was bad politically, it was bad in every other sense, too. Remember that Republican governors, like their national counterparts, represent best the country’s 1 percent, and the 1 percent views the world almost entirely through a lens of gains and losses. So, quite naturally, Republican governors believed everyone else does too.

Everyone else does not. If that were true, highly taxed New Yorkers would vote red, and federally subsidized Kentuckians would vote blue. Republican leaders, moreover, should know better. They knew Republican voters thought the economy was terrible at the end of Barack Obama’s tenure. They knew Republican voters thought the economy was terrific after Trump was inaugurated. Their “economic anxiety” went poof!—gone in the span of a month! That’s not due to economics. That’s due entirely to politics. They thought a strong economy was going to win it for Trump. Instead, they have brought a plague upon themselves and supporters the president cannot afford to lose.

Republican governors probably won’t face criminal consequences for negligent homicide, but they will probably face political ones, as the president is. Greg Abbott announced today policies to slow down the reopening of Texas, perhaps to the point of a second lock down. He must act for the sake of public health, of course, but he must act for the sake of his political fortunes, too. As the death toll accelerates, the absence of action will spark louder and more numerous cries of negligent homicide on his part. I’m not sure why we are not talking about that more, but indeed we ought to be.