An eviction and foreclosure crisis is looming 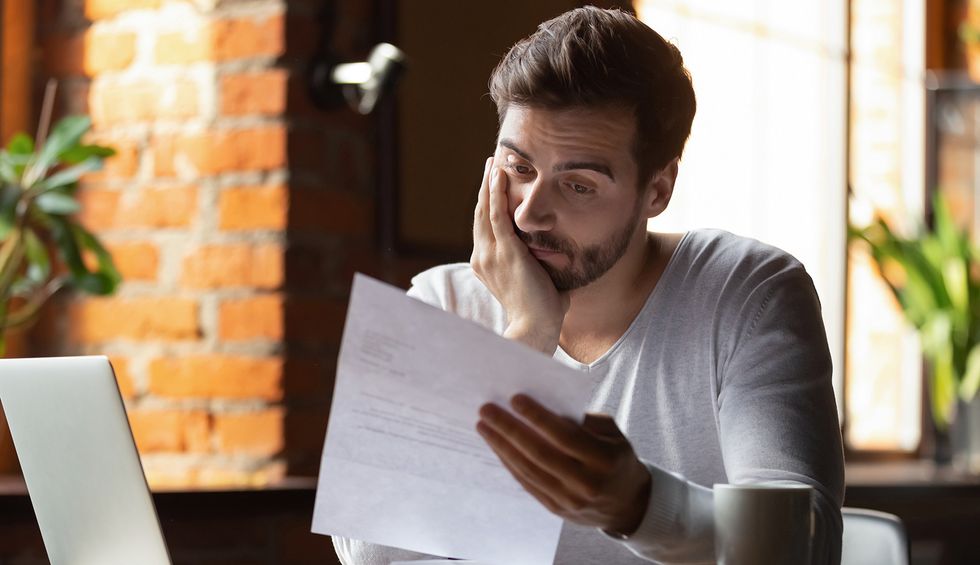 Come autumn 2020, the convergence of disease, death and economic misery across our wounded nation will likely be without living precedent.

And the damage that's being done and will be done by the time the November general election rolls around will be most keenly felt in the nation's poorest and least secure neighborhoods.

These are the very places that we have ignored for decades. But in the wake of Black Lives Matter and COVID-19, the corporate news media has finally shown some interest.

While much has been made of the depression-esque spike in unemployment, it needs to be put in economic context. Note that just last year, when the economy was supposedly doing well, 40 percent of Americans said they would not be able to come up with $400 in the event of an emergency, according to the Federal Reserve.

The post-depression economic disaster took a few years to play out after the 1929 crash. This time, it happened in less than two fiscal quarters. It's the scale and the velocity that's different this time, with a global pandemic in the mix.

In just a few months, the New York Times reported 5.4 million American workers lost their employer-linked health insurance. When the Kaiser Family Foundation extrapolated the precipitous drop in coverage to include family members, they estimated 27 million Americans had been stripped of their health coverage in the midst of a once-in-a-century pandemic.

As Salon's Igor Derysh recently reported, by the end of September more than 20 million Americans —roughly one-in-five of the nation's 110 million renters — will face eviction.

The closest approximation to our current moment might be the summer into the autumn of 1932, just before Franklin Delano Roosevelt trounced Herbert Hoover in that year's election. Hoover got only got 59 electoral votes to FDR's 472.

There's a striking historical parallel here. Hoover's complete disconnection from the depression-misery of tens of millions of impoverished Americans is similar to that of the current occupant of the White House and the attitude of the Republican-controlled Senate.

As recounted by Howard Zinn in his book "A People's History of the United States," four years after the 1929 crash, President Herbert Hoover's failure to grasp the deterioration in the circumstance of the American people became readily apparent. In 1932, tens of thousands of impoverished World War I veterans converged on Washington D.C. with their families, demanding that Congress redeem their bonus bonds that were years away from maturity.

Nothing left to lose

These unemployed veterans were the 1930s-version of the Occupy Wall Street movement or the Poor People's Campaign.

As Zinn recounts, they created an extensive makeshift encampment for that Spring and Summer in and around Capital Hill. And while the House of Representatives, controlled by the Democrats, responded by voting for the Wright Patman Bonus bill, the measure was rejected by the Republican-controlled U.S. Senate.

On July 29, 1932, Hoover ordered General Douglas MacArthur to forcibly clear the veteran encampments, which he did with four troops of calvary, a machine gun squadron, and six tanks near the White House. He used tear gas, and the U.S. military also set fire to the encampments.

Here we are, some 88 years later, with so many of our fellow Americans waiting on yet another clueless Republican president and senate to act in the national interest. Yet all they have ever done historically is act in the interest of the nation's wealthiest and largest corporations.

Across our nation, the COVID-19 body count continues to mount as the Trump administration and GOP governors promote its spread in the delusional belief that letting it "run its course" will confer a herd immunity that will restore our economy.

They are dead wrong on the science, as multiple medical experts have observed and our collective lived experience has demonstrated.

Not only is medical science yet to fully understand this killer virus, but health experts are undercounting the toll it is exacting. In one estimate, CDC reporting is only catching 10 percent of the actual cases.

Back in April, the Financial Times reported that, based on a comparative excess death analysis comparing the death rates of previous years, the world was undercounting the pandemic related deaths by as much as 60 percent.

Moreover, we have no feel for just how many Americans will suffer from life-long disabilities even if they survive a bout with it. This is particularly problematic for the health care workers and first responders we are churning through like cannon fodder — and our nation is not even keeping an accurate casualty list of so we can commemorate their sacrifice.

COVID-19 is far more insidious than has been reported. According to a study in the Annals of Internal Medicine, CT scans of the 76 asymptomatic passengers on the infamous Diamond Princess cruise ship indicated 54 percent of them "showed significant lung abnormalities."

This could be a slow-moving mass death event for which we have no historical reference.

So, for the welfare of yourself and your family, don't let the latest top-of-the-hour COVID-19 stats be your situational awareness guide about just how late it is in the arc of our haughty but clueless republic.

Their advertisers invest in the reassuring tick-tock of you continuing, if you can, to buy the consumer goods that keep late stage vulture capitalism alive.

For millions of Americans their economic dislocation is well underway, and for them Joe Biden's January swearing in — assuming he wins and gets to be sworn in — will come too late. They will be homeless, in their car, or shacked up with their extended family.

Across the country people are organizing to block the evictions of their friends and neighbors in the here and now. In the midst of a pandemic it's the only thing we can do to slow the spread — not just of the virus, but the misery it feeds off of.

In recounting one such recent community effort in Brooklyn, the Nation's Nawal Arjini reminds us that there's precedent for Americans taking their own fate in their hands by taking collective direct action.

"During the Great Depression, neighborhood eviction defenses like the one at 1214 Dean Street [Brooklyn] were common and organized. In the century since, blockades have popped up now and then in cities across the country," writes Arjini. "The Los Angeles Tenants Union reversed a lockout in May. But as the few protections tenants have been granted during the pandemic expire, as many as 28 million renters are at risk of eviction in the next few months.

In this context, the phrase "shelter in place" must be a battle cry that puts capital on notice that, at this perilous juncture, we must uphold the well-being of humanity over the continued enrichment of the few.

We can sort it all out when the plague lifts.