All eyes are on Texas headed into the 2020 presidential election: analysis 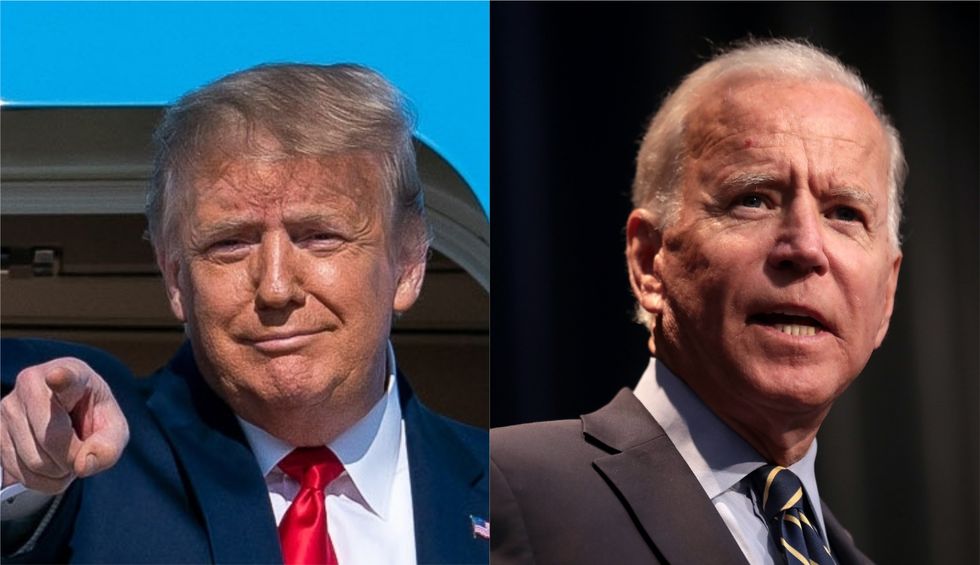 "Analysis: All eyes are on Texas headed into the 2020 presidential election" was first published by The Texas Tribune, a nonprofit, nonpartisan media organization that informs Texans — and engages with them — about public policy, politics, government and statewide issues.

Tuesday’s primary runoff elections in Texas, held during an appalling rise in coronavirus cases and a relative low spot in the presidency of Donald Trump, didn’t look like much, in historic terms.

The races on the ballot were and are important to the participants and to the relative handful of voters who took part. And they set up some interesting and consequential competitions for the November general election, where a seat in the U.S. Senate, a half-dozen seats in the state’s congressional delegation and partisan control of the Texas House are tests of Republican and Democratic strength.

What’s more interesting is what comes next: Texas appears, at this midsummer vantage point, to be in play in national politics. The Republican advantage in this reliably conservative state is at risk because of a volatile president, a weak economy and a strong pandemic.

Texas is a laboratory for the rest of the country, offering a look at voters’ reaction to government responses to disease, to economic turbulence, to justice and public education.

Change Texas, and you change the United States.

This is not one of those elections where the issues seem esoteric and disconnected from real life. This one is about the issues each voter is struggling with every day, about threats to personal and economic health, to the family and friends and institutions that stitch together into what we all refer to now as normal life.

Other states face the same things. But Texas is showing some of the growing pains of a changing place, where demographics and politics and culture have been bubbling for a while, where the pressures of a year full of unexpected challenges might tip the scales — changing what was normal before to what’s going to be normal in the near future.

That might not mean a partisan change of control. In fact, even in a big turnover, the state’s executive and judicial branches won’t see major shifts. The governor and others in the executive branch aren’t on the ballot, with the exception of one of the state’s three Railroad Commission seats. And lots of people don’t even know that that agency regulates oil and gas, and not trains. Neither of the state’s top courts is going to flip to Democratic control because the majority of justices on the Texas Supreme Court and judges on the Texas Court of Criminal Appeals aren’t up for election this year.

It’s possible to see what’s happening nationally with the coronavirus — in terms of the issues at stake, problems with response, what it means for schools, commerce, voting, culture and all of that — just by looking at Texas. It’s a Republican state where the governor is taking fire from both sides. Greg Abbott is used to the carping from the Democrats, but the civil libertarian tribe to his right has been pushing hard against restrictions and closings he has ordered in response to the pandemic. He’s not on the ballot and is thus in position to ignore them, to some extent. But Republicans who are on the ballot are looking at cracks in the political base at the worst possible time — right before an election.

The Legislature is scheduled to meet in January, adjusting the current state budget for the broken economy and reacting to the strains on public health, unemployment and everything else touched by the coronavirus. If the coronavirus persists, lawmakers will have to meet in socially distanced fashion, limiting their interaction with the people they represent and probably constraining their ability to cover the range of bills and subjects they ordinarily tackle in a 140-day regular session.

What’s in play across the country this year is in play in Texas, too. We’re a bellwether — the state to watch — and the primary runoffs open the third act of a year that is turning the old normal into a new one. All of the elements of the 2020 maelstrom can be found right here in Texas, for better and for worse: a pandemic, a recession and next, a general election.

This article originally appeared in The Texas Tribune at https://www.texastribune.org/2020/07/15/texas-presidential-election/.