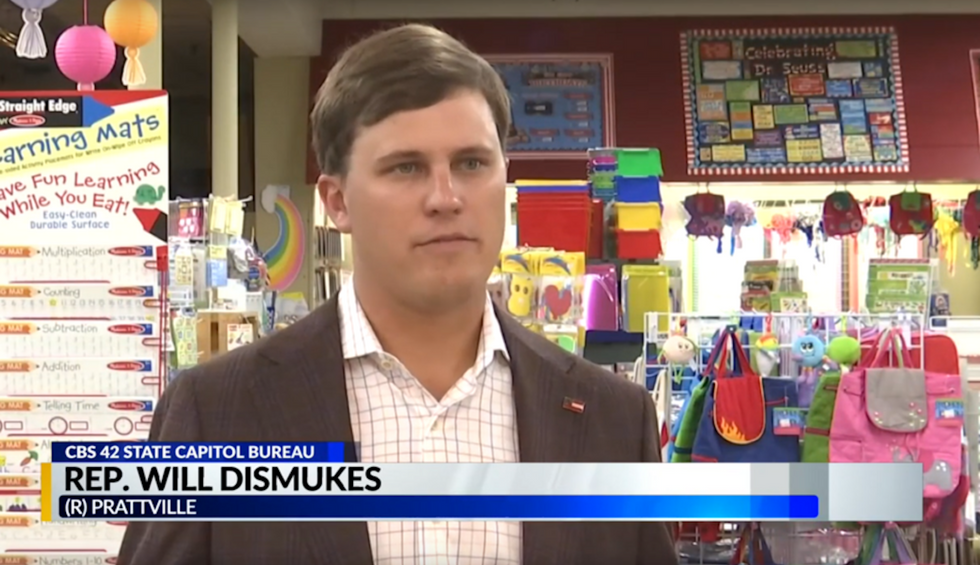 Republican State Rep. Will Dismukes (R-Prattville) of Alabama is making more being-a-racist news. On Thursday, Dismukes announced he would be stepping down as pastor of Pleasant Hill Baptist Church in Prattville. This comes after days and weeks of controversy surrounding the Alabama state representative and his relationship to race and racist organizations in the state.

The most recent controversy comes after Dismukes attended and then gave the invocation at the annual birthday party for first grand wizard of the KKK and Confederate general traitor Nathan Bedford Forrest on July 25 in Selma. The event coincided with ceremonies honoring the late U.S. representative and civil rights activist John Lewis’ passing. Rep. Dismukes posted about the event on his Facebook page the following day, writing: “Had a great time at Fort Dixie speaking and giving the invocation for Nathan Bedford Forrest annual birthday celebration. Always a great time and some sure enough good eating!!”

Very quickly, Alabama Baptist officials distanced themselves from Dismukes’ attendance of the event. Rick Lance, executive director of the Alabama Baptist State Board of Missions, told Alabama Baptist Media: “We are saddened and grieved to learn of the recent Facebook post by state Rep. Will Dismukes. … In the wake of tremendous controversy we reaffirm our opposition to any kind of racism.” Subsequently Dismukes was contacted by other Baptist officials in the state, with whom he met and decided to resign from his post as pastor. According to the Montgomery Advertiser, Dismukes says he has no plans to leave his position in state government.

Back in June, Dismukes came under fire for his support of state funding for a Confederate memorial park in Alabama, as well as his membership in a local Sons of Confederate Veterans chapter in Prattville. At the time, Rep. Dismukes told reporters that he didn’t support “slavery in any fashion,” but just “because I want to protect our history doesn’t mean I’m all of a sudden glorifying the days of slavery or anything of that nature.”

Dismukes’ Facebook page is filled with the kind of thinking about race and activism and flags that you might expect from someone who believes speaking at the birthday celebration for the founder of the KKK is patriotic and godly in some fashion. It’s a lot of why are people kneeling during the national anthem, and criticisms of Dr. Anthony Fauci, and questioning the need to wear masks.