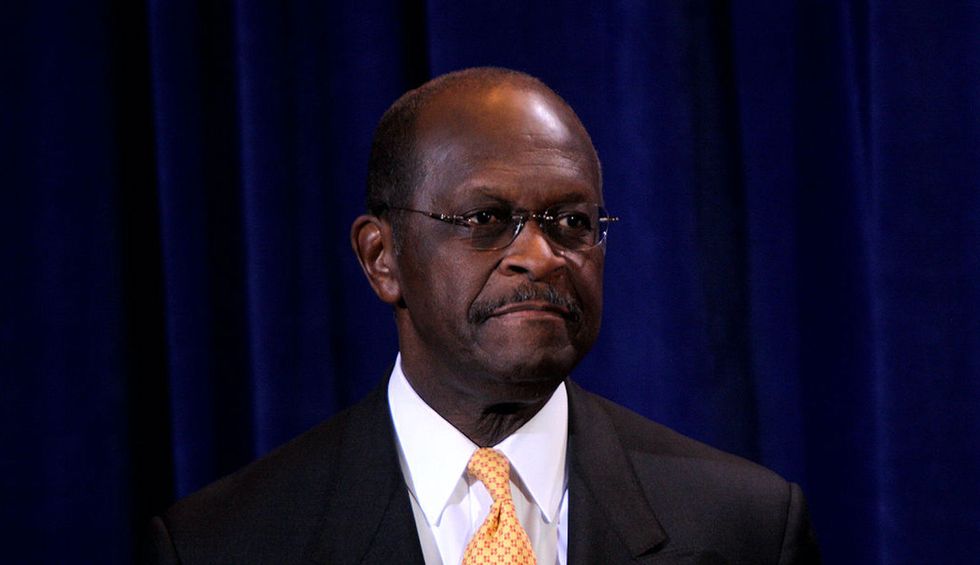 Herman Cain, the former Godfather’s Pizza CEO and Republican who served as co-chairman of Black Voices for Trump, died of complications from COVID-19 this week at the age of 74. Journalist Charles Bethea looks back on Cain’s political influence in an article for The New Yorker, arguing that he helped pave the way for Donald Trump’s presidency.

Politically, Cain was far-right, and the Tea Party ally ran to the right of former Massachusetts Gov. Mitt Romney in the 2012 GOP presidential primary. Ultimately, Romney won the nomination but lost to incumbent President Barack Obama in the general election.

Bethea explains: “Cain was an anomaly nine years ago: a black Republican with a loose grip on policy and an unorthodox campaign style, plus a fondness for referring to himself in the third person and an occasionally shocking portfolio of positions. He proposed a 20-foot, barbed-wire, electric fence on the border between the United States and Mexico; he’d said that he wouldn’t appoint a Muslim to his cabinet; he’d falsely claimed President Obama was raised in Kenya while implying that Obama wasn’t a ‘real black man.’”

After launching his presidential campaign in 2011, Bethea recalls, Cain declared, “I am a businessman problem-solver, not a politician” — which was very much the type of thing Trump said on the campaign trail four years ago.

For his article, Bethea interviewed Mark Block, who served as chief of staff for Cain’s 2012 campaign — and Block agreed that Cain helped paved the way for Trump’s presidency.

Block told Bethea, “I’ve had dozens, if not hundreds, of people saying that what we did with Mr. Cain’s presidential campaign laid the groundwork for Trump, and I really do believe that…. We used to always say, ‘Let Cain be Cain.’ The Trump campaign did the same thing and still does.”