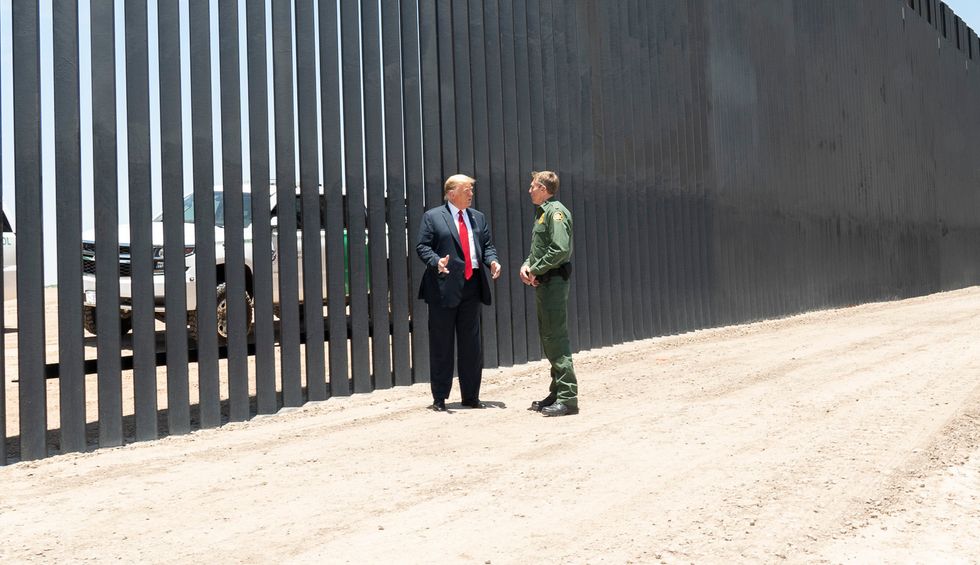 In yet another major court loss for the Trump administration, a Trump-appointed judge on Tuesday struck down a 2019 policy that effectively halted asylum at the southern border and blocked thousands of Central Americans and others who didn’t first ask for protections in a nation they traveled through before reaching the U.S. The rule, plaintiffs said, “operated as a virtual ban on asylum at the southern border, regardless of how meritorious a person’s asylum claim was.”

Like in the recent Supreme Court decision finding impeached president Donald Trump illegally ended the Deferred Action for Childhood Arrivals (DACA) program, officials’ sloppiness was again to blame: “U.S. District Judge Timothy Kelly ... found the administration’s implementation of the so-called ‘third-country asylum rule’ unlawfully bypassed the Administrative Procedure Act, which requires the government to inform American citizens of changes and give them sufficient time and opportunity to respond to such a change,” Slate reported.

“In his 52-page decision, Judge Kelly … concluded that the Trump administration ‘unlawfully dispensed’ with notice-and-comment requirements in issuing the rule,” plaintiffs said in a statement. “He further announced that his decision would go into effect immediately, promptly ending application of a restrictive rule that has been in effect for nearly a year and impacted thousands of asylum seekers.”

BuzzFeed News’ Adolfo Flores reports that among the families that were affected by the inhumane policy were Venezuelan asylum-seekers Branly and his teen daughter Branyerly, who asked for protections at the southern border just days after the administration implemented the rule. “Branly, 47, who declined to use his full name out of fear, and his then-17-year-old daughter applied for asylum at the border on July 27. But because of the so-called transit ban, they were ineligible for asylum,” the report said.

While an immigration judge eventually let the dad to stay in the U.S. (though still blocked him from seeking full asylum protections), the family was separated when the teen was denied any protection at all and forced to wait in Mexico. ”In another case an immigration judge granted a mother from Venezuela who was attacked for protesting against the Maduro administration the ability to stay in the US—but not her three children,” Flores tweeted.

“Many thousands of individuals who entered the country while this rule was in effect will now have the opportunity, for the first time, to have their asylum claims adjudicated,” plaintiffs commented. But, other asylum-seekers may not be so fortunate. Vox immigration reporter Dara Lind tweeted, “As ruling notes, this doesn’t really change current border policy, since everyone is getting turned back without a chance to apply for asylum anyway.”

Lind is referring to the Stephen Miller-led public health order that’s using the novel coronavirus pandemic as an excuse to block asylum for thousands of adults and children at the southern border. That order is also facing a court challenge, with another Trump-appointed judge temporarily blocking a Honduran teen’s deportation under the order as litigation continues.

Advocates celebrated the significant victory Tuesday night. “By striking down this rule, Judge Kelly reaffirmed two fundamental principles,” CAIR Coalition litigation director Claudia Cubas said. “The protection of asylum seekers fleeing for safety is intertwined with our national values and that the United States is a country where the rule of law cannot be tossed aside for political whims. For many of the individual asylum seekers we fight alongside, this ruling removes an unjust barrier to security.”