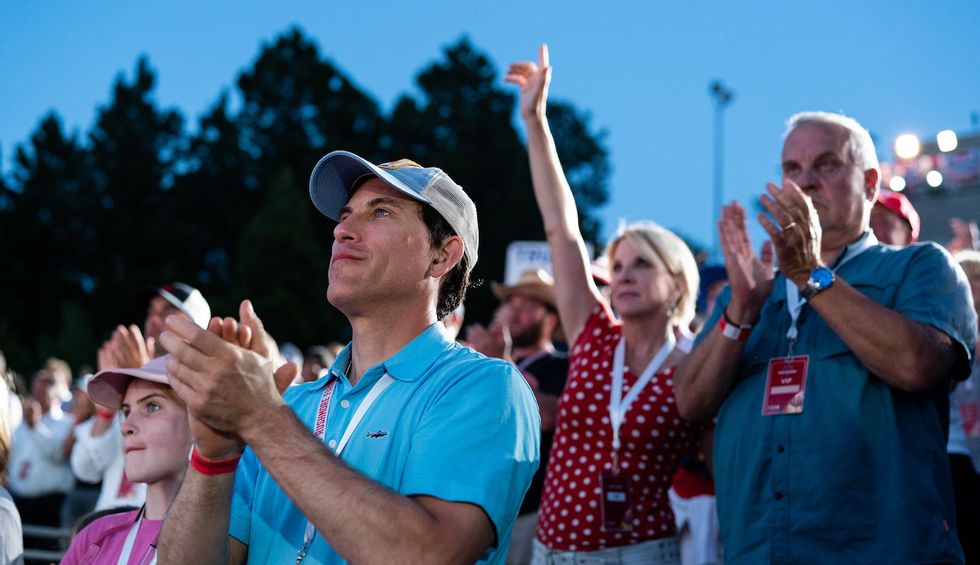 President Donald Trump is very fond of 1950s-like images. In May, he criticized CBS News reporters Paula Reid and Weijia Jiang for not being more like the stay-at-home mom Donna Reed portrayed on her sitcom, “The Donna Reed Show,” from 1958-1966 — and in a tweet posted on Thursday, Trump warned the “suburban housewives of America” that former Vice President Joe Biden, if elected, will destroy their way of life. Conservative opinion writer Jennifer Rubin slams Trump’s tweet in her new Washington Post column, arguing that it was “condescending” and underscores his problems with female voters.

In his tweet, Trump told “suburban housewives” that if Biden defeats him in November, he “will destroy your neighborhood and your American Dream. I will preserve it, and make it even better!” Rubin notes that the tweet has been “widely mocked” and shows that “neither he nor anyone on his campaign knows much about suburban women.”

The Suburban Housewives of America must read this article. Biden will destroy your neighborhood and your American D… https://t.co/ufn2RFsvJU
— Donald J. Trump (@Donald J. Trump)1595530000.0

The conservative columnist stresses, “‘Housewife’ may have been a popular term in the 1950s — which, it seems, is approximately when Trump imagines America was at its greatest: pre-civil rights, pre-women’s rights, pre-globalization — but for decades, it has been a condescending term that denigrates women who choose not to leave the house for work. I’m old enough to remember when Republicans used to claim Democrats did not respect women who did not work outside the home.”

Rubin goes on to say that in addition to expressing a “condescending” view of stay-at-home moms, Trump’s tweet used “racist” language.

“Nothing in Trump’s appeal remotely addresses what does alarm women: the unchecked spread of coronavirus, an economic collapse, Trump bullying them to send kids back to school during a pandemic, Trump-directed clashes between police and demonstrators, and Trump’s constant attempts to inflame racial animosity,” Rubin writes. “It is not former Vice President Joe Biden who inspires fear and dread; it is Trump who raises their blood pressure and creates havoc in their lives.”

Rubin notes that Trump posted his “suburban housewives” tweet on the same day as the release of a video in which Biden and former President Barack Obama have a conversation about the issues the U.S. is facing this election year. Seeing Trump’s tweet and the Biden/Obama video side by side, Rubin argues, gives suburban women a compelling argument for choosing Biden over Trump in November.

“White women, college-educated women, suburban women, non-college-educated women — really any cross section of women you come up with — like Trump less than their male counterparts,” Rubin writes. “As a whole, Trump’s support among women has cratered since 2016, especially but not exclusively among white, college-educated women….. Female voters are vastly more savvy than Trump’s campaign believes; look for the gender gap to be among the largest in presidential history.”