COVID-19 on The Strip: Las Vegas workers are forced to gamble with their lives 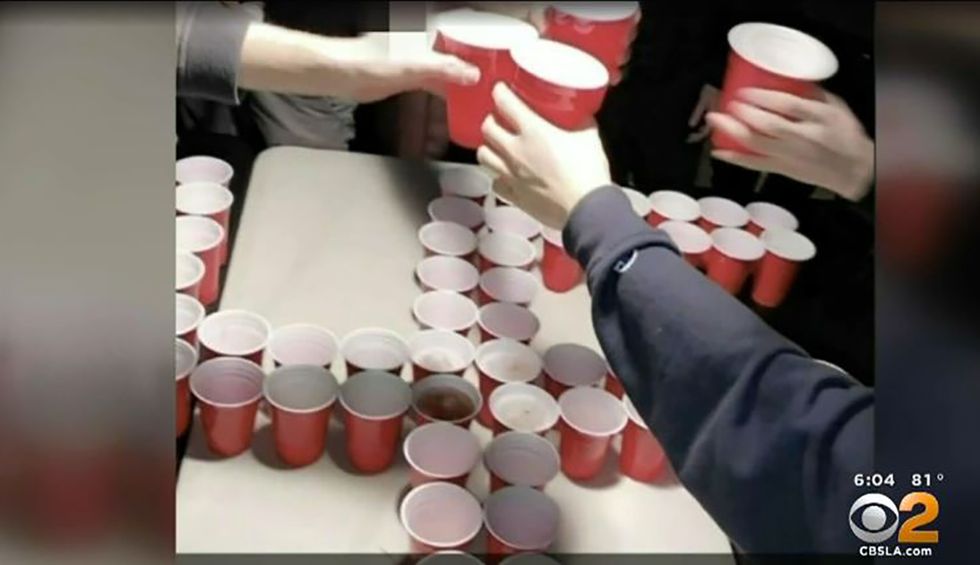 But that would be too late for 22  dead employees.

Donald Trump ignored medical advice and pressed states to “liberate” their economies. The mega-casinos of the famed “strip” responded by ending their 78-day shutdown as fast as a craps shooter can throw dice. There were no rules requiring safe practices.

Porter Adolfo Fernandez went back to work June 4 as eager gamblers flooded into Caesars Palace, most following Trump’s example by refusing to wear masks to halt the deadly coronavirus.

“The company is not keeping us safe. I know I’m gonna get sick,” Fernandez told his daughter, Irma. The hard-working 51-year-old knew his high blood pressure put him at great risk, but he had a family to feed and bills to pay. In two weeks, he came home with a fever and went straight to bed.

“Now he’s in heaven,” Irma said softly, almost whispering, through flowing tears.  “Why was Caesars so careless, so heartless?”

Fernandez, who succumbed to the virus June 24, was a member of Culinary Workers Local 226, the branch of the UNITE HERE labor union that includes 60,000 Las Vegas hotel, food service, bar and casino workers.

Irma spoke for him June 29, as the union announced a federal lawsuit against three of the hotel-casinos, charging they had violated their duty to protect the workers, their families and the community.

They failed, it is alleged, to properly warn members or disinfect and quarantine when some tested positive for COVID-19.

The suit demands that management enforce social distancing, mandate face masks, have rooms cleaned daily and provide PPE and testing for employees. The union is also pressing Sisolak, a Democrat, and the state legislature to enact the Adolfo Fernandez Bill to require the casinos to follow safety procedures.

“Behind every worker is a family,” said union head Geoconda Arguello-Kline.

At the Cosmopolitan luxury hotel, Stella Kalaoram and her family were hit hard when the guest room attendant fell ill in July. “She was exposed at work, and now she can’t breathe on her own. We’re really worried,” said daughter Sara. “My dad, my brother and I are all positive for COVID-19.”

The hospitalization rate for union members and their families spiked 860% after the casinos reopened. By late July, COVID-19 had put 352 of them in the hospital and killed 22, said communications director Bethany Khan.

As the casinos prepared to reopen, Local 226 organized a caravan of 10,000 members down the strip asking the Gaming Commission and casinos to make safety procedures mandatory. But the drive for quick profits drowned out their message.

The lawsuit blames the federal and state agencies responsible for protecting workers’ lives and health: “OSHA and Nevada OSHA [which follows federal standards] have not issued guidelines” and “have de-prioritized inspections and enforcement,” it says.

The federal Occupational Safety and Health Administration was on the verge of issuing a standard – an enforceable set of safety rules – to protect employees from infectious diseases in the workplace. Then Trump took office and halted all work on the regulation, said George Washington University professor David Michaels, who led OSHA under President Barack Obama.

Michaels places the responsibility for thousands of COVID-19 deaths on Trump’s doorstep: “The disease standard would have saved lives, but his tragic order halted all work on it,” Michaels told DCReport. “In his massive deregulatory effort, he refused to protect workers’ safety and health.”

The life-saving standard was researched, drafted and ready for adoption, he told us, “so they could put it out tomorrow as a temporary emergency standard.” Without the standard, he said, “millions of American workers are literally risking their lives every day on the job.”

The U.S. Labor Department’s OSHA is the only federal agency with the power to protect workers. But under Trump, “OSHA is suffering from malign neglect and almost completely missing from the federal response to the COVID-19 pandemic, reflecting the low regard Trump has for the lives of American workers,” Michaels said.

The agency’s vital roster of inspectors is “the smallest it has been in 40 years,” key leadership positions are vacant, and officials have exempted most employers from its requirement to report cases where workers get COVID-19 on the job.

Instead of the infectious disease standard, OSHA issued “guidance” about COVID-19. The difference between a standard and the guidance is immense, said Michaels: “Guidance is non-enforceable. This is simply shameful!”

In Congress, Democratic representatives called on Trump Labor Secretary Eugene Scalia to order the emergency standard, and Senate Democrats pressed for it in recent coronavirus legislation. Neither could overcome Republican opposition. Instead of protecting employees and their families, Senate Majority Leader Mitch McConnell (R-Ky.) demanded that legislation under consideration in late July immunize employers against lawsuits for failing to provide safe working conditions, like the one Local 226 has filed.

Plaintiff Jonathan Munoz, a food server for the $8.6 billion-a-year Caesars Entertainment conglomerate, explained the union’s position in simple terms: “All we want is for them to treat us like humans, not like machines that make money for them. If I get sick, are they going to take care of my family?”