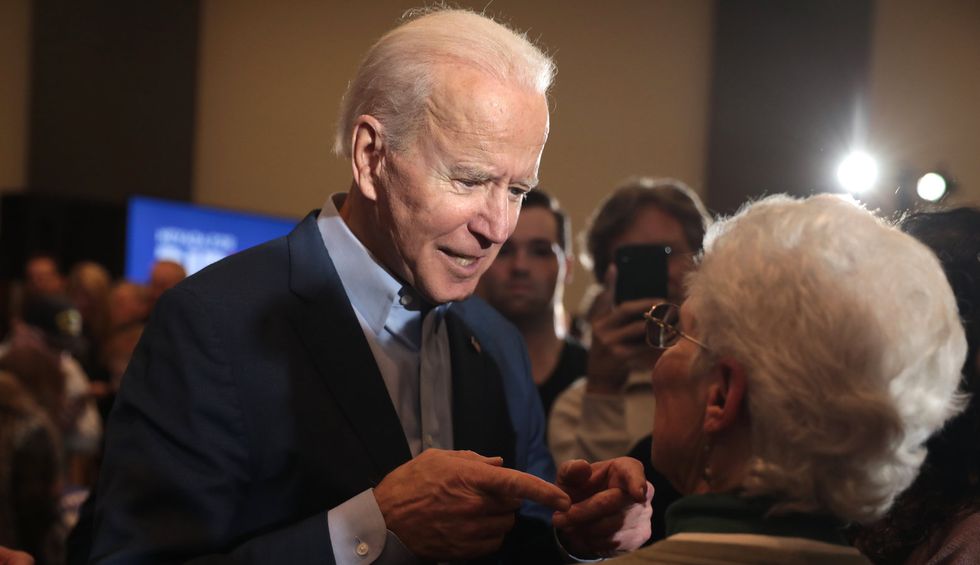 Although Democrats do plenty of campaigning in churches, one group of Christians they often struggle with is fundamentalist evangelicals. Nonetheless, Barack Obama reached out to that group during his 2008 campaign. And Gabby Orr reports in a new story for Politico that evangelical support for former Vice President Joe Biden could be a growing threat to President Donald Trump’s reelection prospects.

“During a faith-based forum in Southern California” in 2008, Orr recalls, Obama “said his own support for Roe v. Wade — the 1973 Supreme Court decision on abortion rights — did not mean he wasn’t interested in reducing abortion in America. The strategy worked. Obama’s campaign stops at churches, sermon-like speeches and his professed belief in Jesus Christ earned him 24% of the white evangelical vote — doubling Democrats’ support among young white evangelicals and gaining 3% points with the overall demographic from the 2004 election. Now, allies of President Donald Trump worry his 2020 opponent, Joe Biden, can do the same — snatching a slice of a critical voting bloc from Trump when he can least afford departures from his base.”

That 24% figure Orr cited means that about one in four white evangelicals supported Obama in 2008 — and that was in addition to support Obama enjoyed from mainline Protestants and Catholics. Overall, Trump has enjoyed a lot more support from right-wing white evangelicals; the Rev. Franklin Graham and Liberty University’s Jerry Falwell, Jr., for example, are major Trump supporters.

But any evangelical support for Biden, Orr stresses, could be terrible for Trump.

“Biden, a lifelong Roman Catholic, has performed better in recent polling among white evangelicals — and other religious groups — than Democratic presidential nominee Hillary Clinton did in 2016 and is widely perceived as more religious than the current White House occupant,” Orr explains. “A Pew Research study conducted earlier this year showed that a majority of U.S. adults, 63%, think Trump is ‘not at all’ or ‘not too religious,’ versus 55% who said they believed Biden is somewhat or very religious.”

According to Orr, “Anxiety is growing inside Trump’s orbit about the former vice president’s ability to peel off Christian voters who supported Trump in 2016, including the 81% of white evangelicals he carried.”

Biden has focused on expanding his base by reaching out to fellow centrists in the Democratic Party as well as to its liberal/progressive wing — whereas Trump has been running a rally-the-base campaign. And according to David Brody, chief political analyst for the right-wing Christian Broadcasting Network, Trump can’t afford to lose any evangelical support at all.

“Here’s the problem for Trump: he needs to be at 81% or north to win reelection,” Brody told Politico. “Any slippage, and he doesn’t get a second term — and that’s where Joe Biden comes into play. In this environment, with everything from the coronavirus to George Floyd and Trump calling himself the ‘law-and-order president,’ Biden could potentially pick off a percent or two from that 81% number…. It would behoove him to take a play out of the Obama playbook in 2008.”

Republican strategist Rob Stutzman believes that Biden could take some evangelical support away from Trump if he talked about his faith more often.

Stutzman told Politico, “(Biden) would be well-served to talk more in those terms, instead of telling people to check out his record. There are a lot of themes that fit the moment related to justice, authority and loving your neighbor and not in a way that would necessarily make white evangelicals uncomfortable if Biden could speak to them.”