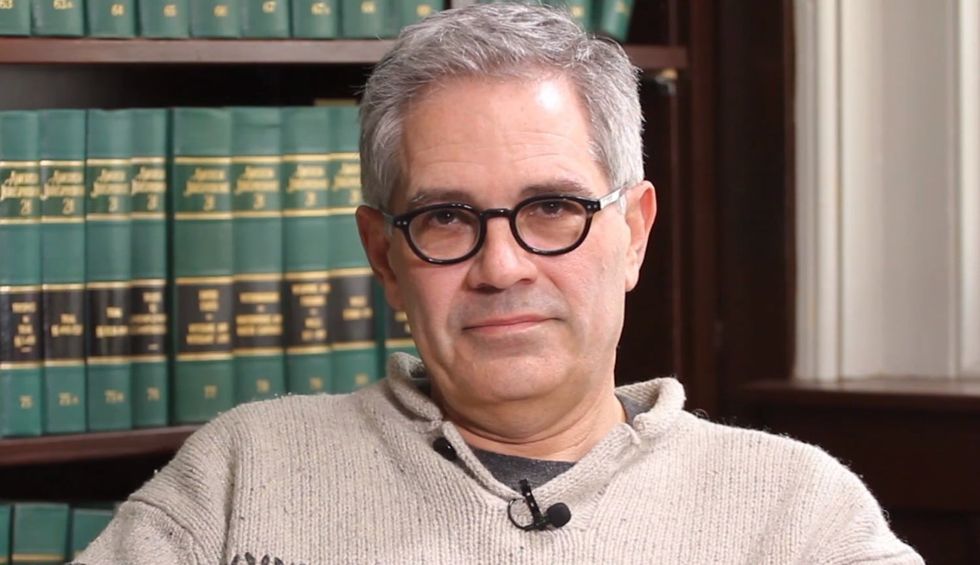 The latest manifestation of Pennsylvania’s political culture-gap, with its stark split between progressive cities and conservative small-town and rural areas, is a proposal to severely restrict the field in top prosecutor elections to candidates who are already law enforcement veterans.

State Representative Martina White, the Republican who is leading the proposal, was elected by the richer, whiter corridor of Northeast Philadelphia as a right-wing populist. She’s often compared to Trump, but her words, and preference for an anti-immigrant police state, also recall far-right European politicians like France’s Marine Le Pen, who rose to prominence on a form of fascism-lite. In White’s world, cops can do no wrong, immigrants hurt “communities like ours,” and “taxpayers” get stuck with the bill.

That makes White the perfect inside agent for rural Pennsylvanian politicians, both Republicans and centrist Democrats, who represent constituencies very different from Philadelphia’s racial diversity and wealth of Black cultural history, and want to undermine the city’s progressive politics.

Reformer District Attorney Larry Krasner (pictured above), who won the seat in a 2017 Democratic primary after a long legal career focused on civil rights and criminal defense, is the hot target of the moment. But Pennsylvania Attorney General Josh Shapiro—a fellow, but centrist, Democrat—took a political hit when he tried to strip DA Krasner of his gun cases. White was Shapiro’s legislative accomplice in that debacle.

Rep. White is now seeking to politically capitalize on bashing Krasner. On June 16, she issued a memorandum to her colleagues in the State House that she is planning to introduce a bill that would force anyone wanting to run for district attorney, or top prosecutor, to first serve five years as a rank-and-file prosecutor.

While the White plan does not explicitly single out Philadelphia, it would only apply to “first class, second class A, or third class counties”—in other words, counties with over 209,999 residents.

There is plenty of evidence to suggest that you don’t need to be a former prosecutor to be a good DA. Advocates for outsider DAs with nontraditional career paths often note that the job—especially in big cities like Philadelphia—is more akin to a policy manager.

The elected prosecutor virtually never steps into a courtroom personally, but instead spends their time setting office policies, leading press conferences for the media outside the courthouse, and attending state and national events. If anything, direct prosecution experience matters for a DA most in the tiniest of counties, where there may only be one or two other prosecutors working in the office, and the DA is expected to handle the most serious cases personally. Of course, those same counties are excluded from White’s proposal.

Existing elected prosecutors who took the job after non-prosecution work histories do vary widely on the carceral spectrum. By prosecutors’ standards, Philadelphia DA Krasner, who would have been prevented from running under White’s proposal, is certainly on the anti-mass incarceration end. Yet you also have someone like former Bexar County (San Antonio), Texas DA Nico LaHood—a long-time private defense attorney who veered in the complete opposite direction once in office. LaHood, a Democrat, preferred the death penalty and once karate-chopped a table to show his disgust at the idea of marijuana legalization.

So electing outsiders as DAs in no guarantee of progress. Still, the intent of White’s proposal in excluding them is clear—and includes removing voters’ agency in deciding for themselves how much past prosecutorial experience matters when they consider a DA candidate.

Now it’s time to watch what others in the Pennsylvania legislature think about the people they serve.