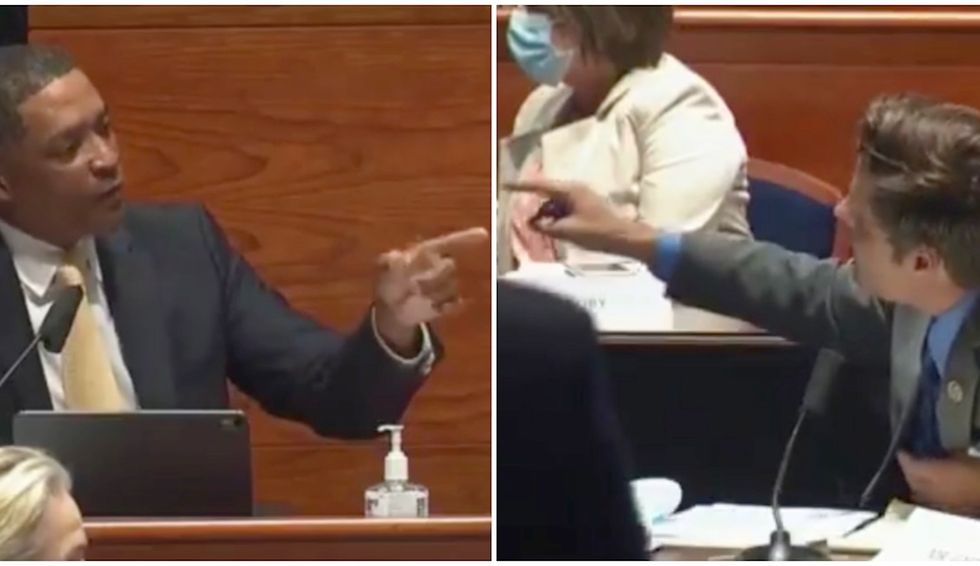 Republican Rep. Matt Gaetz is having a really bad day, and very publicly. First he actually offered an objection during a House session when Rep. Eric Swalwell (D-CA) asked if any Republican would “unequivocally” say that Black lives matter.

Swalwell immediately shut him down.

Later, during a House hearing on police reform, Gaetz got triggered when Rep. Cedric Richmond (D-LA) declared he would give Republicans the “benefit of the doubt” and just assume they may be suffering from “unconscious bias,” by objecting to Democratic proposals for the police reform bill, but admitted it could “at worst” be “conscious bias.”

Gaetz was clearly looking for a fight.

Asking to be recognized, he replied to Rep. Richmond, saying: “I appreciate your passion. Are you suggesting that you’re certain none of us have non-white children?”

It was a question few would have deigned to ask, and astonishingly inappropriate.

“Because you reflected on your Black son –” Gaetz continued

“Matt. Matt. Stop,” Richmond interjected. “I’m not about to get sidetracked about the color of our children.”

“I reclaim my time,” Rep. Richmond was forced to declare.

“You’re claiming you’re more concerned for my family than I do?” Gaetz, feigning outrage, replied.

“Who in the hell do you think you are?” the Florida congressman screamed, pounding his hand on his desk.

“If the shoe fits,” Richmond responded.

“You should take those words down!” Gaetz screeched.

Gaetz launched into a rant, screaming about who loves whose family more,  ending with “Damnit!”

“Was that a nerve?” Richmond retorted.