US comes in dead last in labor rankings of wealthy nations 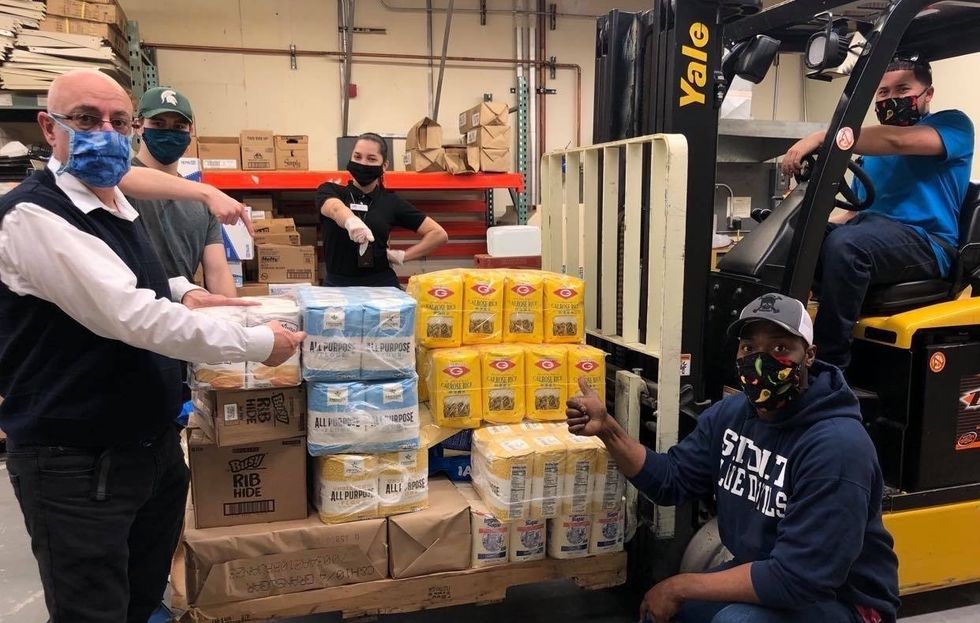 The International Trade Union Confederation's world map showing its rankings of the best and worst countries for working people includes a noticeable difference between the U.S. and other wealthy countries.

Dark orange in color on the map, the U.S. was singled out by the ITUC this year as the only country in the Group of Seven to have "systematic violations of rights" in work places.

Along with Haiti, the Democratic Republic of Congo, and other countries with far fewer resources than the U.S., the nation was ranked as a 4 on a scale of 1 to 5, with the top-ranking countries reporting only "sporadic violations of rights."

Every other G7 country ranked at least a 3 on the scale.

The countries with the highest rankings include several European and Nordic countries with strong social welfare systems, high marginal tax rates for the wealthiest citizens and corporations, and robust nationwide paid family and sick leave policies. Denmark, Finland, Norway, Uruguay, and Iceland were among those found to have the fewest violations.

Of countries with the rating of 4, the ITUC wrote, "The government and/or companies are engaged in serious efforts to crush the collective voice of workers, putting fundamental rights under threat."

The organization ranked countries based on a number of indicators, including threats to the right to form or join labor unions, the right to collective bargaining, and the right to strike.

The report comes amid a sharpened focus on labor rights in the U.S. as powerful companies and government leaders have been reticent in recent months to enable workers to stay home from workplaces in order to avoid the spread of the coronavirus.

Amazon has drawn particular outrage among progressives during the pandemic. In April executives plotted to publicly smear Christian Smalls, a warehouse worker who organized his colleagues to protest against what they viewed as the company's lack of safety precautions. Smalls was allegedly fired for leading his coworkers in a walkout.

The company has also come under fire for ending its paid sick leave policy in May, refusing to extend the benefit to fulfillment center workers.

Federal and state government leaders have also displayed disdain for the rights of workers in the midst of the public health crisis, with several states threatening to end unemployment benefits for any worker who didn't return to their job after the economy began reopening.

"In many countries, the existing repression of unions and the refusal of governments to respect rights and engage in social dialogue has exposed workers to illness and death and left countries unable to fight the pandemic effectively," said the ITUC.

Around the world, the ITUC found that violations of workers' rights are at a seven year high.

"The breakdown of the social contract is exposed in the 2020 ITUC Global Rights Index," the report reads. "The trends by governments and employers to restrict the rights of workers through violations of collective bargaining and the right to strike, and excluding workers from unions, have been made worse in 2020 by an increase in the number of countries which impede the registration of unions—denying workers both representation and rights."