Tulsa Trump rally goers cite the Bible as they explain why they’re not scared of the coronavirus: 'It tells us not to live in fear' 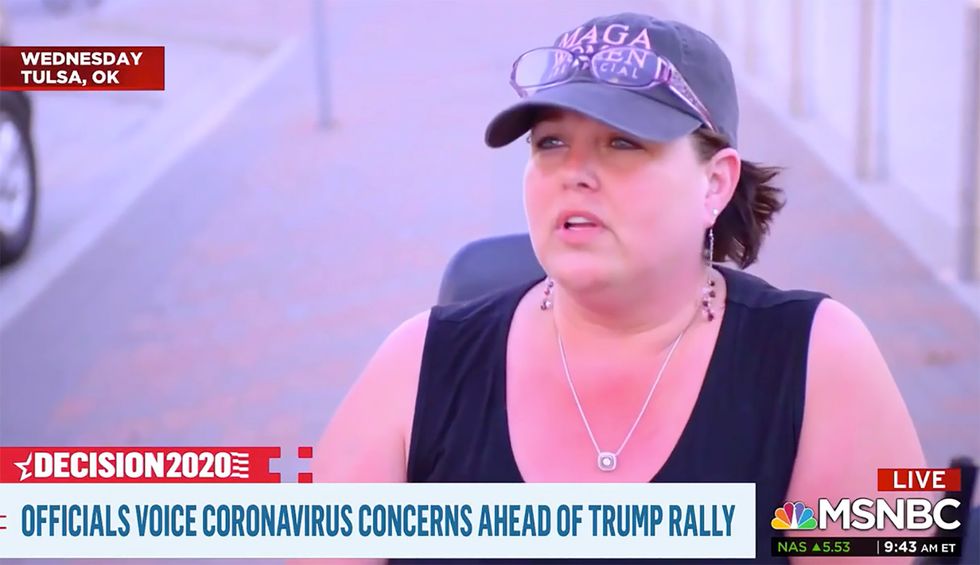 President Donald Trump’s supporters in Tulsa, Oklahoma are already lining up outside the BOK Center ready to see him. When it comes to fears of the coronavirus, they’re not worried.

Tulsa’s Republican mayor, GT Bynum, said “any rational person would have concerns,” but that Tulsa hospitals are prepared for the influx of coronavirus cases. Other Oklahoma residents are concerned that Bynum and GOP Gov. Kevin Stitt are putting politics before public safety.

When interviewing Trump supporters outside the BOK Center, MSNBC found that they’re just not worried.

Former Rick Santorum supporters who make folk songs about their candidates of choice have been waiting since early in the week for the Saturday rally.

“If protesters are immune from it maybe Trump supporters are too,” said one of the singers. Neither group is immune.

When asked if he would put a mask on, another Trump supporter said that he doesn’t know until he gets into the arena, but as of right now he’s not wearing a mask.

“I’m not saying that it isn’t real, OK?” said another woman wearing a MAGA Women hat. “The numbers do not add up. It is not as bad as people say.”