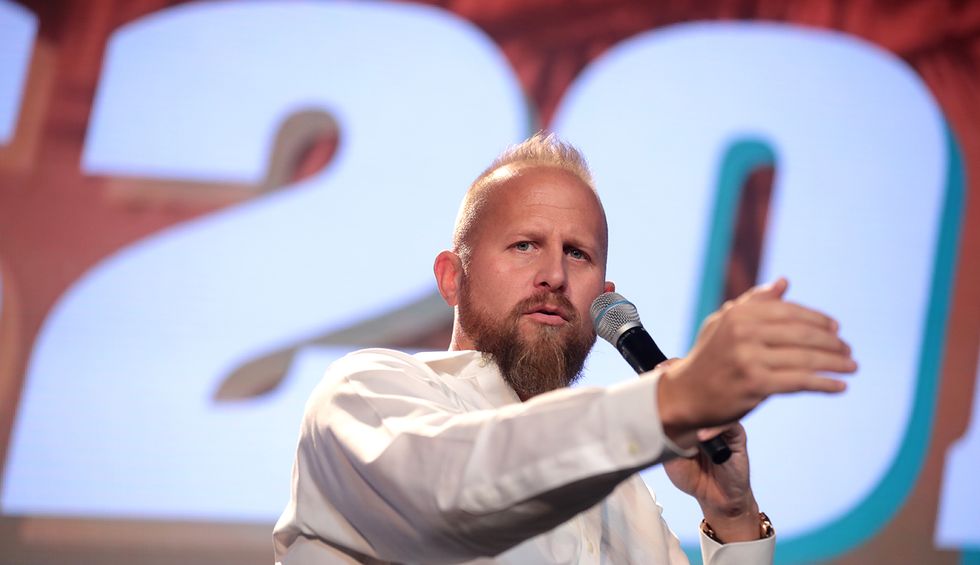 President Donald Trump’s 2020 campaign manager is going to step down following widespread mockery of the reelection effort after disappointing turnout at a rally held in Tulsa during the COVID-19 pandemic.

“Donald Trump’s exhausted trudge from Marine One toward the White House after his botched rally in Tulsa, his red tie undone, a grim look on his face, a crumpled MAGA hat in his hand, is now an iconic image of his presidency. And as always with Trump, he’s already looking for someone to blame. The most obvious candidate, according to sources, is his embattled campaign manager, Brad Parscale,” Gabriel Sherman, of Vanity Fair reported Monday.

“Parscale committed a cascade of errors, from overhyping expected turnout to blaming the half-filled arena on protesters. Trump was so furious when he saw how thin the crowd was that he threatened to not go onstage, two sources briefed on the discussions told me. The sources said that Parscale, reading the tea leaves, is planning to step down. ‘He knows he can’t survive,’ one source told me,” Sherman reported.

One Republican “close to the White House” gave a dire read of the situation.

“Brad really shit the bed Saturday night. You have to remember, execution is 95% of presidential politics,” the Republican said.

Parscale may not be the only advisor to be ousted.

“Sources also told me that if Parscale is forced out, he likely won’t be the only casualty of the rally fiasco. Trump is debating revoking his son-in-law Jared Kushner’s control over the campaign, sources said. As I previously reported, Trump has been frustrated with Kushner’s oversight of the campaign in light of polling that consistently shows Trump losing to Joe Biden,” Sherman reported.

Senior campaign advisor Jason Miller, however, disputed that Parscale’s job was in danger and said the campaign wanted more rallies.

“We are eager to get President Trump back out on the road again in front of voters. The energy and enthusiasm is all with Trump,” Miller argued, despite the poor turnout.