Trump said Abraham Lincoln's legacy is 'questionable'. A black reporter pointed out: 'We are free' 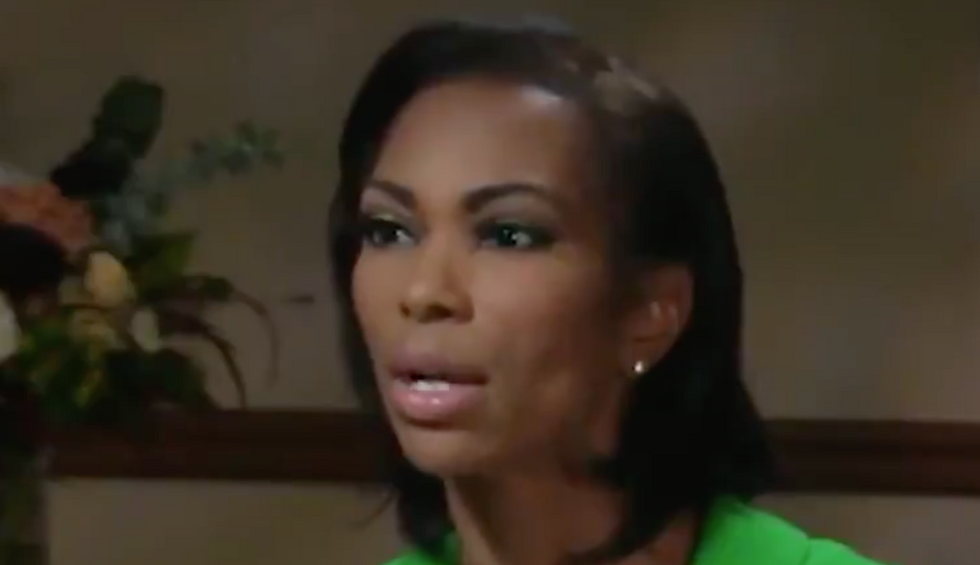 In a new interview with Fox News' Harris Faulkner, President Donald Trump repeatedly shoved his foot in his mouth and stumbled as he tried and failed to cogently address the issue of racism in the United States.

At one point during the discussion, Trump returned to a claim he has made many times, that his time in office has been especially beneficial for black Americans. To justify this dubious claim, he tends to rely on the continuing economic trends that began before he was elected. And he conveniently ignores the fact that the current pandemic and recession have fallen especially hard on black Americans, a fact he takes no responsibility for.

He'll often include the caveat in his boast that President Abraham Lincoln is the only president who has done more on this front than he. But this time, Trump added a second caveat, saying that Lincoln's accomplishments were "questionable." Faulkner had to remind Trump that Lincoln freed the slaves:

Trump: So I think I’ve done more for the black community than any other president. And let’s take a pass on Abraham Lincoln, ‘cause he did good, although it’s always questionable, you know, in other words, the end result —

Trump: But we are free—

Faulkner: So he did pretty well.

Trump: You understand what I mean.

Trump: So I’m gonna take a pass on Abe, Abe — Honest Abe as we call him.

Faulkner: But you say you’ve done more than anybody.

Trump: Well, look, criminal justice reform. Nobody else could’ve done it. I did it. I didn’t get a lot of notoriety, and the fact the people I did it for then go on television and thank everybody but me. And they needed me to get it done, and I got it done.

Trump, who has repeatedly defended the Confederacy, says he's done more for black community than any president with… https://t.co/ezl2JMwo4Q
— Aaron Rupar (@Aaron Rupar)1591983963.0

There are a couple of notable points here. First, it's not clear what Trump means about Lincoln's questionable legacy. Some criticize Lincoln for his extreme use of war powers in office, though it's easy to argue they were justified given the fact of the Civil War. One could also question the efficacy of abolition, given the horrors that followed for ex-slaves during Reconstruction, but again, it's hard to seriously doubt that abolition was a historic and monumental moral achievement in its own right. And Reconstruction's failures cannot reasonably be attributed to Lincoln, who was assassinated.

Trump has previously made an even more disturbing argument against Lincoln's legacy, though, as David Williams pointed out, suggesting that a compromise with the slave-holding South would have been a better approach:

TRUMP: I mean, had Andrew Jackson been a little later, you wouldn't have had the Civil War. He was a very tough person, but he had a big heart. And he was really angry that -- he saw what was happening with regard to the Civil War. He said, “There's no reason for this.” People don't realize, you know, the Civil War — if you think about it, why? People don't ask that question, but why was there the Civil War? Why could that one not have been worked out?

It's a shame Faulkner didn't ask Trump what he meant and instead said, "I get it," because it would have been nice to know what he was thinking.