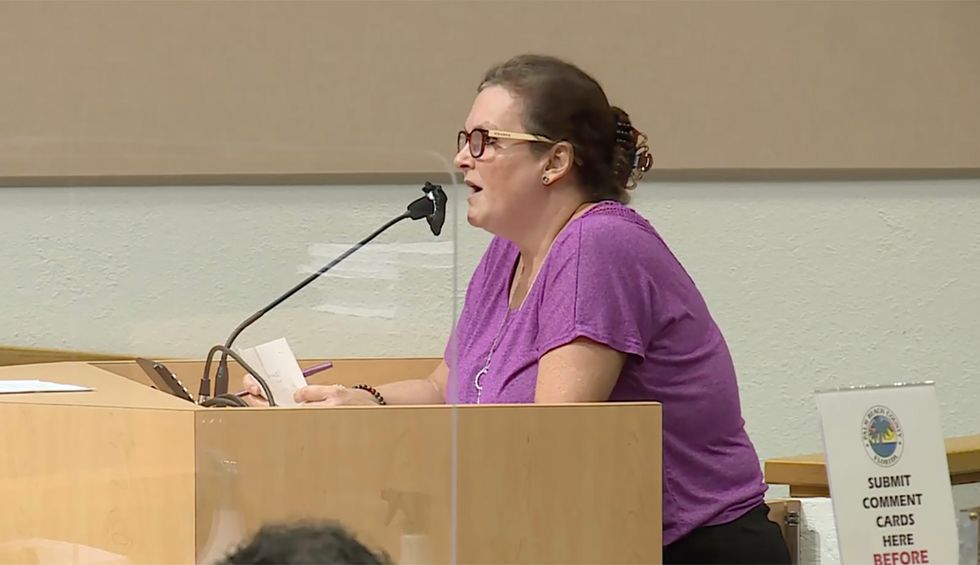 Supporters of President Donald Trump in Palm Beach County, Florida this week screamed at county commissioners who voted unanimously to require that residents wear face masks when out in public.

As The Daily Beast reports, the public hearing on Palm Beach County’s new mask policy drew scores of angry self-described “patriots” who accused the commissioners of taking part in a conspiracy involving Bill Gates to enact a tyrannical government in the United States.

Another woman wearing a camouflage “Trump 2020” hat told the commissioners that they were failing in their jobs by mandating masks while looters were purportedly ready to roll into Palm Beach County.

“Well, guess what, the riots are spreading, too!” she fumed. “And what the hell are we going to do about that? We’re going to arrest patriots for not wearing a mask? That’s what you want?”

And another man accused the commissioners who voted for the mask mandate of also working to defund the local police department.

Watch a full stream of the meeting below.