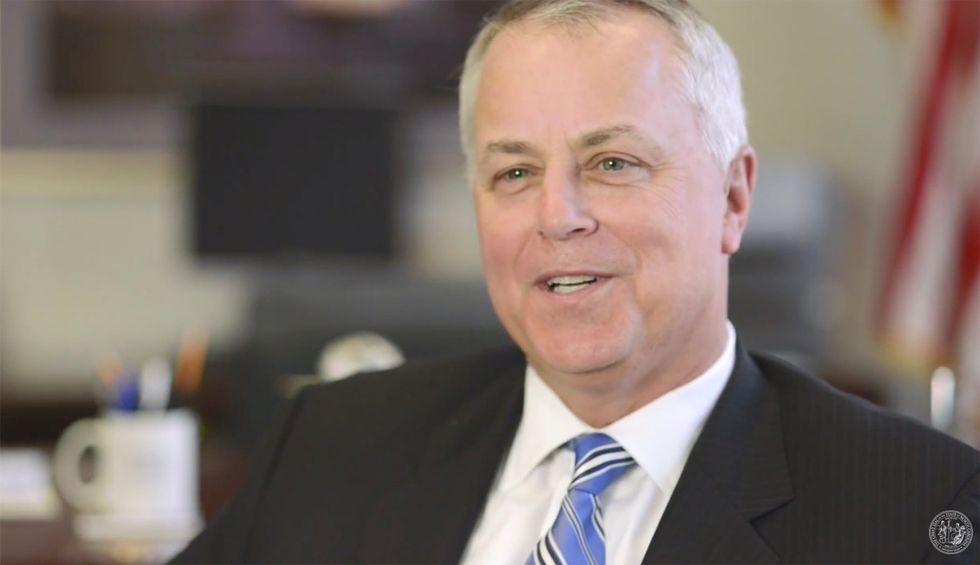 President Donald Trump has nominated retired Army Brig. Gen. Anthony J. Tata for a key position in the Pentagon, but Democrats on the Senate Armed Services Committee, according to CNN, have vowed to oppose the nomination in light of Tata’s history of hateful anti-Islam rants. That includes Rhode Island Sen. Jack Reed, the leading Democrat on the SASC.

In 2018, CNN reported, Tata described Islam as the “most oppressive violent religion I know of” and called former President Barack Obama as a “terrorist leader” for — as he saw it — being overly pro-Islam. Tata was vehemently critical of the Obama Administration’s deal with Iran and claimed that it came about because of Obama’s “Islamic roots.” Obama, Tata claimed, did more to “help Islamic countries than any president in history.”

In addition to Reed, Senate Democrats who have told CNN they will oppose Tata’s nomination include Sen. Elizabeth Warren of Massachusetts, Sen. Kirsten Gillibrand of New York, Sen. Richard Blumenthal of Connecticut and Gary Peters of Michigan. Warren told CNN, “An Islamophobic conspiracy theorist who called President Obama a ‘terrorist leader’ should not be #3 at the Pentagon. Anthony Tata is by far Trump's most unqualified and ill-suited senior defense nominee.”

In May 2018, Tata attacked former CIA Director John Brennan and tweeted, “Might be a good time to pick your poison: firing squad, public hanging, life sentence as prison b*tch, or just suck on your pistol. Your call. #Treason #Sedition #crossfirehurricane #Obamagate.”

A nominee for a Senate-confirmed position as third highest official in the Pentagon https://t.co/rdya6NCuzt
— Brendan Nyhan (@Brendan Nyhan) 1592264060.0