The US is losing the ‘discipline’ to fight coronavirus and is 'leaving the battlefield before the war is over’: British journalist 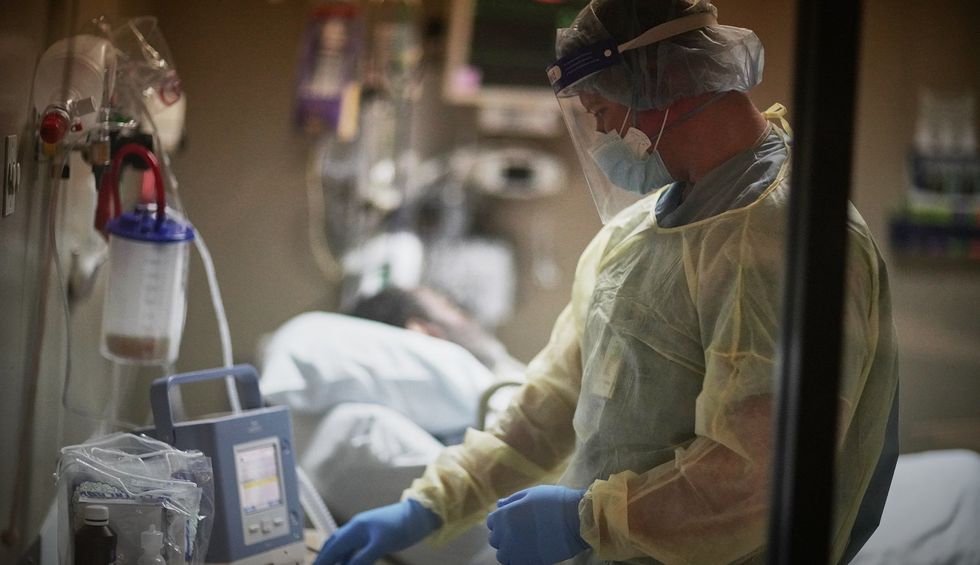 After months of social distancing because of the coronavirus pandemic, Americans are longing to get back to normal. But truth be told, “normal” will not return until there is a COVID-19 vaccine and it is widely available. And British journalist Edward Luce, in a Financial Times article published on June 11, fears that too many Americans are no longer willing to take the steps necessary to reduce the COVID-19 death count in the United States.

“Downgrading the fight now would be like George Washington taking a vacation after crossing the Delaware,” asserts Luce, a frequent guest on MSNBC. “Mission accomplished only works when there is a vaccine, which is at least a year away. Yet large parts of the country, including Donald Trump, are taking victory laps.”

As of early Thursday morning, June 11, the coronavirus pandemic had killed more than 417,000 people worldwide — and more than 112,900 of them were in the United States (according to researchers at Johns Hopkins University in Baltimore). The death count keeps climbing and climbing in the U.S, but as Luce points out, President Trump is acting like the pandemic no longer poses a major threat and that the worst is over.

“Anthony Fauci, the most trusted face of American science, is no longer pictured anywhere near Mr. Trump,” Luce laments. “His last televised White House appearance was in April. This week, Dr. Fauci said the pandemic was ‘not close to over yet.’ The same cannot be said for the task force to which he belongs, which is being wound up. That signal needs no decoding. The White House has lost any interest in prosecuting the war, which is now the preserve of the states.”

Coronavirus has been absolutely brutal in Europe, where the death counts reported by Johns Hopkins on June 11 included 41,213 in the U.K., 34,114 in Italy, 29,322 in France and 27,136 in Spain. Yet the infection rates have slowed down in Europe thanks to aggressive social distancing policies, and the U.S. now has more coronavirus deaths than Italy, France and Spain combined.

“A few weeks ago,” Luce notes, “Europe was far ahead of the U.S. in terms of mortality rates. They have now switched places. America continues to lose about 1000 people a day — and in some states that are relaxing social distancing rules, infection and hospitalization rates are rising.”

The U.S, according to Luce, is losing its “discipline” to fight coronavirus.

“Trump will restart his reelection campaign next week with a full-blown rally in Oklahoma — his first since early March,” Luce observes. “That will give a green light for Americans to crowd together again without censure. Las Vegas is broadcasting even starker images. Its slot machines are ringing again. To judge by the footage, most punters are not wearing masks…. The U.S. is now on the verge of leaving the battlefield before the war is over.”