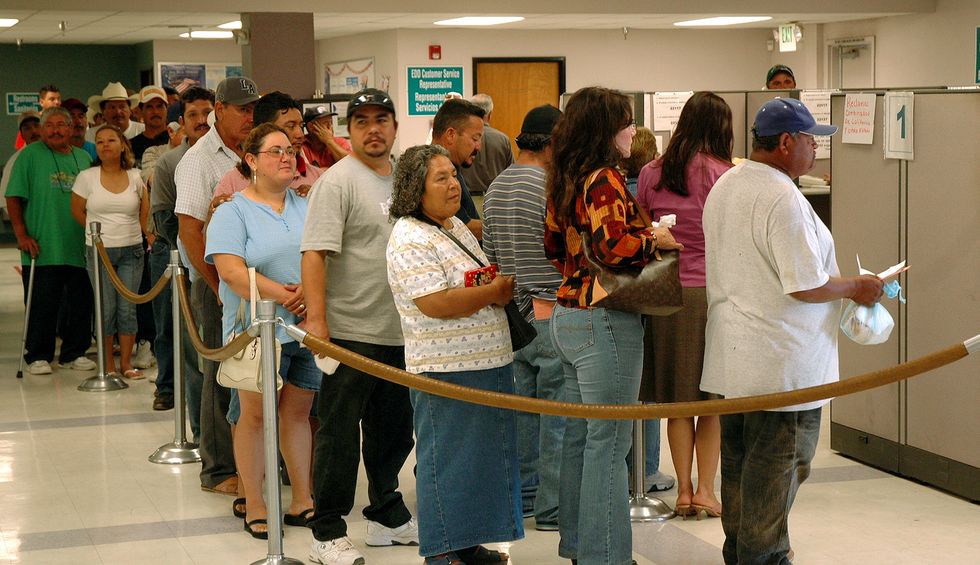 When President Donald Trump spoke at a press briefing in the White House Rose Garden on Friday, he bragged to reporters about the state of the economy.

“We’re going to have the strongest economy in the world," he said. "We’re almost there now.”

But while there was unexpectedly good news released on Friday, columnist Catherine Rampell explained in her Washington Post column why it also came with troubling signs.

Rampell notes that there is both good news and bad news when one analyzes the U.S. Bureau of Labor Statistics figures released on Friday. And she starts with the good news.

“The jobs report released Friday morning was spectacularly better than expectations,” Rampell notes. “Markets had been expecting that the Bureau of Labor Statistics would report a decline of more than 7 million payroll jobs in May, after a loss of more than 20 million jobs in April. Instead, to nearly everyone’s shock, employers added jobs on net in May — 2.5 million of them, to be exact. The official unemployment rate fell to ‘only’ 13.3%, down from 14.7% the previous month.”

Rampell goes on to say, “The job market has turned a corner earlier than expected. Forecasters had generally been predicting that net-positive hiring would begin sometime this summer, not in May.”

But then, Rampell delivers the bad news, emphasizing, “We may have started filling in the hole, but that hole remains very, very deep. I bring you the scariest jobs chart you will see all day:"

The chart included with Rampell’s column, she points out, shows that “total payroll employment is still down 12.8%, on net, over the past three months. Put another way, we’ve lost 19.6 million jobs on net since the pandemic shuttered much of the economy, according to the Bureau of Labor Statistics. If you’re one of the millions hired last month, you’re likely much relieved — but Friday’s report is cold comfort if you’re still one of the many more millions of jobless Americans.”

What's worse is that she fears that the good news will inspire complacency from the GOP, which was already reluctant to stimulate the economy any further:

Today, with many locales about to start a new fiscal year, more layoffs are likely to materialize if more federal help does not arrive. This will have knock-on effects throughout the private sector as well. One of the lessons from the Great Recession is that unless the feds stanch the bleeding in states, the path to full recovery will be a long, slow slog. Just look at the sad, flabby green line in my initial “scariest chart” above.

Rampell concludes her column by stressing that the bottom line on Friday’s job numbers is: “It’s great that the economy seems to have turned a corner — but we still have a lot more work to do, and a lot more workers to employ.”