The die is cast — can the republic be saved? 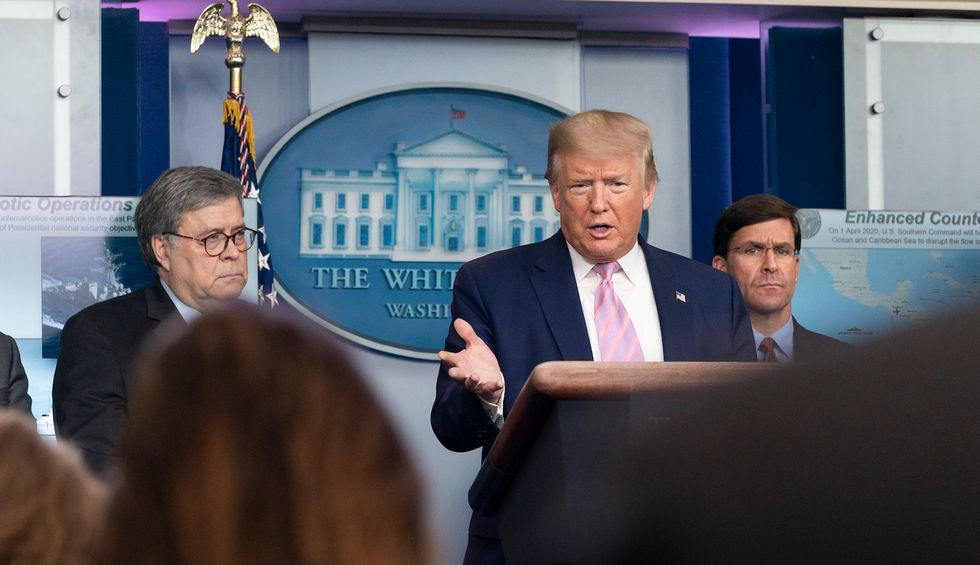 Demagogue that he is and that he’s toyed with becoming since well before he ran for president, Donald Trump used his June 2 rant against looting and thuggery after George Floyd’s murder to bang the drum for a civil war that he’s been toying with starting ever since he took out full-page newspaper ads in 1989, calling for the death penalty and greater police presence even after the charges against young black men in the Central Park jogger attack were soon found to be  baseless. As a candidate in 2016, he toyed with civil war again by musing that “Second Amendment people” might thwart Hillary Clinton’s prospect of appointing judges.

But now Trump isn’t just musing or experimenting. He has made official subordinates such as US Attorney General William Barr and General Mark A. Milley, chairman of the Joint Chiefs of Staff of the United States military, his agents of thuggery itself against American citizens exercising their Constitutional rights peaceably in the nation’s capital. He has done more than just toy with deploying the American military against them. For these and many other reasons, Trump’s administration is no longer legitimate or sustainable, and those who assist him in it are traitors to the republic.

Yet how much more legitimate and sustainable was the republic that preceded Trump and that elected him in 2016? It was already corrupted enough to have reduced even a president as well-qualified and well-intentioned as Barack Obama to a figurehead. Several presidencies earlier, one morning in 1968, walking across the Yale campus to a class, I came upon a small, solemn demonstration in which three seniors were refusing conscription into the Vietnam War. “The government says we’re criminals,” one of them said as I leaned in to listen, “but we say that the government is criminal for waging this war.”

For all I knew, these three were about to be arrested on the spot, and I felt arrested morally by their example, carrying as I did a draft card like the ones they were returning to the government at the risk of serving five years in prison.

That was when I first understood that it isn’t mainly a tragic Lyndon Johnson, a scheming Richard Nixon, or even an ignorant, pathological Donald Trump who make a republic and its political culture and economy illegitimate and unsustainable. A republic gets bad leadership when its foundations and wellsprings have become so corrupted that millions of its citizens are looking to escape from the rigors and rewards of citizenship itself. They look for side deals, practice predatory lending and marketing, succumb to enervating, addictive consumption and embrace scapegoating that displaces the blame for their degradation. They do all this under the guidance of “authorities” whose myth-making seems to explain, ennoble and offer vengeful outlets for their resentment and demoralization.

Trump’s crude but mind-bogglingly effective myth-making is forcing people like me, who considered the society of the late 1960s frightening and maniacally riven enough, to reckon more darkly now with what destroys or regenerates a republic. Fortuitous developments that enabled the American Revolution and that covered a multitude of sins for two centuries with a seemingly boundless frontier and protective oceans are now being displaced by swift undertows that would swamp any new birth of republican freedom.

It’s hard to imagine would-be defenders of republican civic virtue winning the civil war that has been ignited on mountains of tinder accumulated within the republic itself. Defenders of the republic would stand little chance of trying to emulate the embattled farmers who, as if anticipating the Second Amendment’s recognition of well-regulated people’s militias, fired the shot heard “round the world” at troops of the only established government of their time and place in 1775 in Concord, Massachusetts.

It’s just as hard to imagine many of today’s young Americans emulating Nathan Hale, a 1773 Yale graduate who was reported to have said, “I only regret that I have but one life to lose for my country” just before he was hanged in 1776 for spying on troops of the British Empire in the name of a nascent republic. But maybe Edward Snowden is the Hale of our own time, winning only exile and virtual imprisonment in Moscow for warning against unwarranted surveillance by an unaccountable national security state.

It’s also hard to imagine many people emulating the strategically directed, war-painted looters in the Boston Tea Party of 1773 now by breaking into headquarters or warehouses of big pharma conglomerates such as Pfizer, Inc. and dumping their over-priced, corruptly protected  products into rivers. The original Tea Party delighted John Adams, but provoked King George III to declare, “The die is cast,” foreclosing any prospect of reconciliation short of imperial victory or defeat. What chance of victory would a second American revolution have now against today’s imperial power? The self-styled heralds of a second “Revolution” in the 1960s — the frivolous Abbie Hoffman, the violent, self-immolating Weathermen and Black Panthers — didn’t teach us anything we can use now. Even the true and urgent recent claims of Black Lives Matter and #MeToo haven’t wholly survived the seductive, corrupting illusion that breaking a structure’s glass ceilings necessarily improves its walls and foundations. Too often it merely reshuffles the social inequality and decay that those walls protect.

But what about the more-rational, well-organized, far-seeing committees of correspondence that produced the Continental Congress? Its Declaration of Independence accused King George III of “repeated injuries and usurpations, all having in direct object the establishment of an absolute Tyranny,” that might be lodged just as credibly against Trump. For example:

In every stage of these oppressions…our repeated petitions have been answered only by repeated injury. A prince, whose character is thus marked by every act which may define a tyrant, is unfit to be the ruler of a free people.

Disheartening though is to consider how aptly such charges fit the wayward president of a republic whose founders overthrew a monarch, some recent experiences in this country and around the world suggest that massive well-organized, non-violent movements can dislodge tyranny.

The late writer Jonathan Schell’s The Unconquerable World shows unforgettably how unarmed, marginalized people have brought down vast empires and national-security states — in British India, Soviet Eastern Europe — and regimes of segregation in the American South and in South Africa.

Schell demonstrates that tyrants have often foundered “with refreshed ignorance” by flooding streets with soldiers and police and by scrambling to shut down or discredit news media. Although tyranny’s sophisticated enablers and apologists dismiss democratic yearnings for candor and equality, those yearnings prove irrepressible time and again.

Schell, channeling the political philosophy of Hannah Arendt and others, shows that power and authority flow not from those who are daunting, dazzling or wealthy, but from seemingly powerless people who, if well-organized and disciplined, stop obeying them and reconfigure their lives together without permission or reward from above. Ultimately, it’s not approval by the powerful that counts, but courage and skill to reconfigure power itself against what’s approved in think thanks and chancelleries.

Some of Schell’s most telling examples show how the American Revolution began “in the hearts and minds of the people,” as John Adams put it, years before that first shot was fired at Concord. Even during the riven, often tragic 1960s, impoverished American black churchgoers, many of them naïve, unarmed and trembling, but well-organized and brave, walked into Southern squares ringed by armed men, discrediting their segregationist oppressors in other Americans’ eyes. It may indicate not how far this country has regressed since then, but how far it has come, that whites have been as numerous as people of color in the demonstrations following George Floyd’s murder.

But there’s much more to say about how greed, power lust and racism have been lathered together into the American republic’s foundations ever since the abduction and commodification of the first African slaves in 1619. That foundation remains evident through the exploitation and endangerment of essential workers in the current pandemic. In a review essay forthcoming in Democracy, I posit that racism is deep and damaging enough that it causes anti-racists as well as racists to obsess about it so much that they fail to challenge forthrightly the equally deep greed and power lust that antedated racism and intensify it with scarcities that drive people into defensive, warring ethnoracial camps.

Trump and police officers who kill unarmed black people are carriers and walking casualties of this toxic brew more than they are its causes. In a six-minute talk prompted by the recent demonstrations, Bernie Sanders has it right: Unless and until we can reconfigure the capitalist walls and scarcities of our racist society, racism’s many modulations and mutations will generate American demagogues even more deft and alluring than Donald Trump.