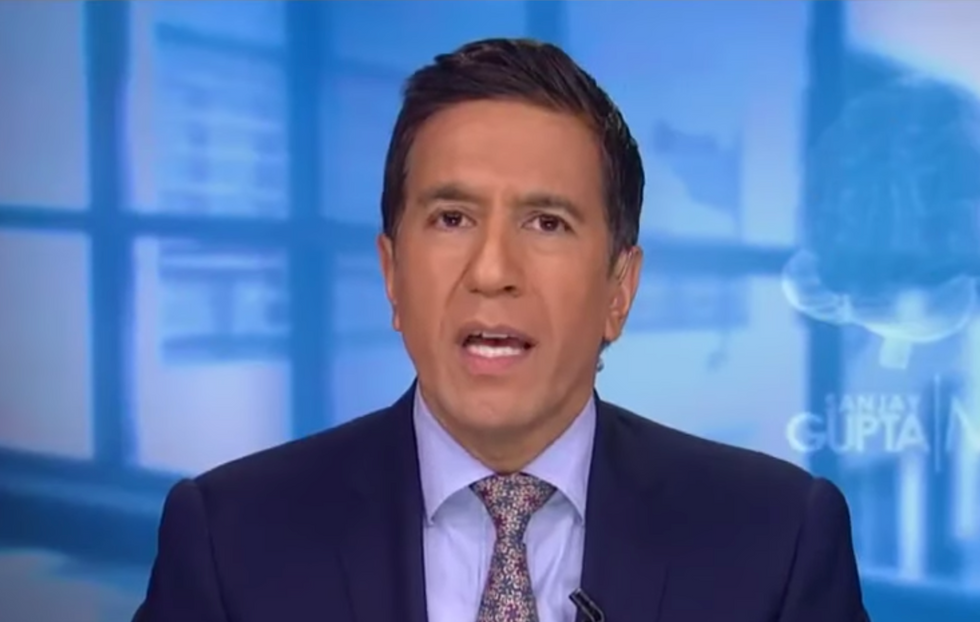 In a wildly misleading op-ed published in the Wall Street Journal this week, Vice President Mike Pence echoed President Donald Trump’s claims that the mainstream media are exaggerating the threat coronavirus continues to pose in the United States. But Dr. Sanjay Gupta, during a June 17 appearance on CNN’s “New Day,” warned that not only is the U.S. far from out of the woods — the number of COVID-19 infections, he predicted, is “going to get worse.”

Gupta told “New Day” host Alisyn Camerota that social distancing measures are being relaxed much too soon in the U.S.; referring to predictions on the number of coronavirus-related deaths likely to occur in the U.S. in the months ahead, Gupta asserted that those projections might be overly optimistic.

One model cited by White House health experts predicts that by October 1, there will be 200,000 deaths from coronavirus in the U.S. — which is an increase of 30,000 from the projection made last week by the Institute for Health Metrics and Evaluation at the University of Washington. According to researchers at Johns Hopkins University in Baltimore, more than 116,900 people have died from COVID-19 in the U.S. so far.

“Now, they’re saying 200,000 people by October 1,” Gupta told Camerota. “Sadly, I think it’s going to be worse than that….. I’m worried about the entire country because of what is not taking place right now.”

Pence, in his op-ed, claimed that there is no second wave of coronavirus infections. But Gupta, on Twitter, stressed that because the U.S. is “still in the thick of the first wave,” the U.S. “cannot even begin talking about what a second wave might look like.”

The truth is - we are still in the thick of the first wave, technically, so we cannot even begin talking about what… https://t.co/uTuok2ZpbP
— Dr. Sanjay Gupta (@Dr. Sanjay Gupta) 1592363425

Gupta told Camerota, “We haven't gotten out of first wave yet. The idea of talking about the second wave is something that may not even be a reality here. We're not sure we’re going to get out of the first wave.”

Camerota noted how inaccurate Pence’s claims have been, telling Gupta that Pence “said that cases in Oklahoma have flattened. No, they’re still going up.”

Pence claimed that the number of new infections is decreasing. But Gupta told Camerota, “The data just doesn't bear that out. There are states around the country — including Oklahoma, by the way, which is obviously in the news a lot —  where the cases have continued to go up significantly. One-fifth of the entire case count in Oklahoma happened over the last week. One-fifth; 20%. At the same time, testing rates have actually gone down in that state.”

On Twitter and during his “New Day” appearance, Gupta made a U.S./Italy comparison. Italy, Gupta tweeted, saw its “new cases dramatically drop off” — which is far from true in the U.S.

Compare that to what it looked like when Italy saw its new cases dramatically drop off. That’s more of what you wan… https://t.co/OGImfohBV8
— Dr. Sanjay Gupta (@Dr. Sanjay Gupta) 1592363426

Gupta told Camerota, “Take a look at the United States versus Italy, for example. Where are we in terms of the overall infection rates versus what's happened in Italy? Italy gives you a better idea of what a sort of wave would look like…. Italy has had more of a true decline. We never got there in this country.”