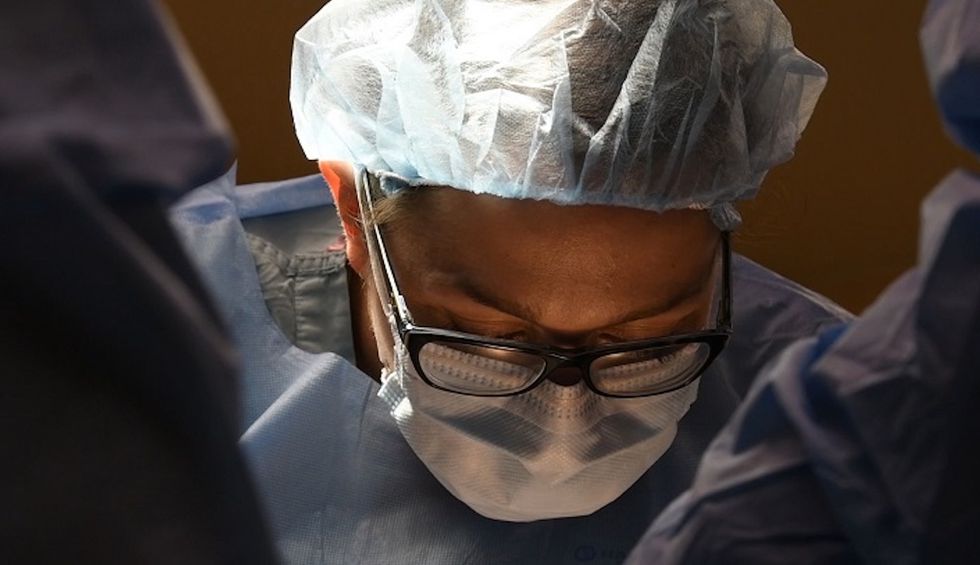 For the third day in a row, Texas has reported a record number of patients hospitalized with the new coronavirus, a metric Gov. Greg Abbott has said he’s watching as businesses continue reopening and limits on their operations are loosened.

The figures come a little more than a month since Abbott's statewide stay-at-home order ended and he began a phased reopening of businesses. It also comes about two weeks after Memorial Day. The hospitalizations have increased some 42% since then.

There are currently 13,600 hospital beds open and the state has the "ability to surge capacity in regions," if necessary, he said in an email. "Since Texas opened on May 1, testing has increased by 210 percent, the doubling time has gone from 20 days to 36 days, and the state continues to have one of the lowest death rates in the nation."

The hospitalization figures — and the total number of new infections — have trended upward since about late May. Experts have said there’s a lag before changes in people's behaviors, like more social interaction, are reflected in coronavirus case data. It takes about nine to 16 days to see increased infections and generally another five to seven days to see changes in the numbers of people hospitalized, said Rebecca Fischer, an infectious disease epidemiologist at the Texas A&M University School of Public Health. (Some individuals are only diagnosed once they make it to the hospital.)

"In terms of new infections, we are seeing a surge ... in part attributed to activities surrounding Memorial Day weekend, such as gatherings where protective behaviors may have been lax," she said.

Since then, Texans have protested police brutality across the state, sparked by the killing of George Floyd — who died in police custody after a Minneapolis police officer was filmed kneeling on his neck for nearly nine minutes.

“I’m concerned but not yet alarmed,” Abbott told a North Texas television station. “I look at Amarillo that was a hot spot zone a couple of weeks ago, where they had a lot of concerns. We had surge response teams that addressed it, and now their hospitalizations are going down.”

Texas has 1,500 open ICU beds and more than 5,900 available ventilators, the data shows. The number of available beds is seen as a key gauge for the state’s ability to handle a potential surge in coronavirus cases, and Abbott has said the hospitalization rate — the proportion of infected Texans who are requiring hospitalization — is a benchmark he’s closely monitoring. He cited it as an encouraging metric as the state’s stay-at-home order expired at the end of April.

In Houston, Dallas and other areas that have seen increased hospitalizations, “we need to drill down and find out exactly why that is,” Abbott said.

Hot spots like state prisons and meatpacking plants — which have been recently targeted for mass testing — are responsible for some of the increase in case numbers, the state health department said earlier this week. When The Texas Tribune asked a health department spokesperson Tuesday what has spurred the increased infections in counties that don't have state prisons or meatpacking plants, he said he would have to "work more" on that question.

David Lakey, the state’s former top public health official, said it's not surprising that the numbers are going up.

"There are a lot of people that are traveling around and a lot of people aren't doing those basic precautions of wearing a mask while they're near other individuals or washing their hands," he said. "There's ample capacity in the state to handle those cases, but we need to be ready for it."

He expects the numbers to continue rising in part because of Memorial Day, an increased amount of Texans leaving their homes and the police brutality protests.

"It's a combination of several factors," he said.

In Texas, among the vanguard of states that loosened coronavirus restrictions, most businesses are allowed to operate at 50% capacity, and restaurants can seat parties of 10 together. On Friday, restaurants can increase their occupancy to 75% capacity.

Mandi Cai contributed to this report.

Disclosure: Texas A&M University has been a financial supporter of The Texas Tribune, a nonprofit, nonpartisan news organization that is funded in part by donations from members, foundations and corporate sponsors. Financial supporters play no role in the Tribune's journalism. Find a complete list of them here.

This article originally appeared in The Texas Tribune at https://www.texastribune.org/2020/06/09/texas-coronavirus-reopening-surge-infections-hospitalizations/