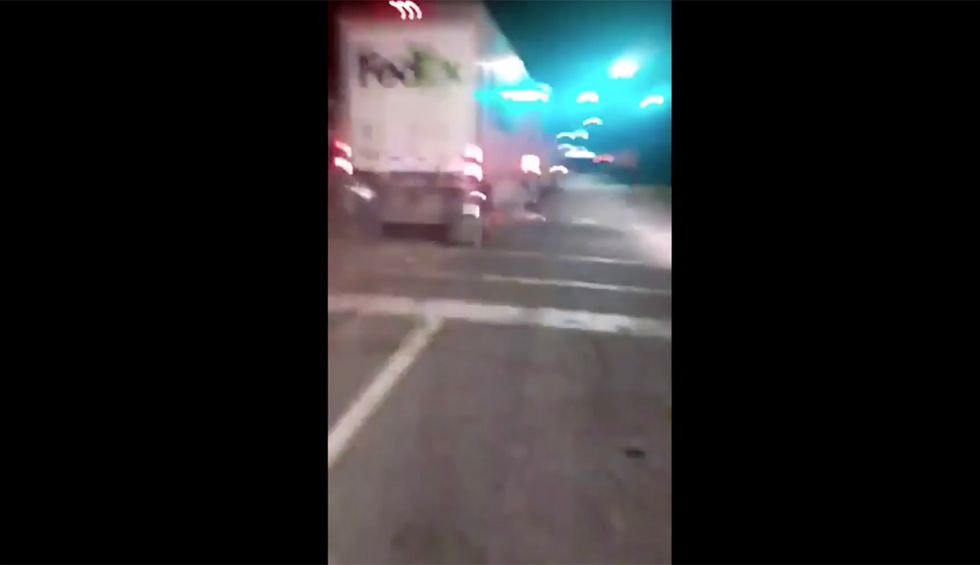 In the early morning after a night of protests in St. Louis this Saturday, a man was dragged to death by a FedEx truck driver after protesters tried to shut down a stretch of the Interstate 70 freeway, Fox46 reports.

“When he was screaming for help I was saying, ‘Oh my God.’ I tried to grab his hand but it was impossible,” said activist Jared Arms.

Arms captured the incident on video, which is apparently too graphic for news outlets to share in its entirety. Another video reportedly shows packages being stolen from the truck. In the video, people can be seen hitting on the truck as it drives away.

FedEx released a statement addressing man’s death, saying that the company’s “hearts go out to all those who are grieving the events of this week.”

“We are deeply saddened to learn of a tragic situation involving a demonstrator in St. Louis and one of our vehicles,” the statement read. “We offer our sincerest condolences to the family of the individual involved. There is no higher priority for FedEx than safety, and we are cooperating fully with the investigating authorities at this time.”

Watch Fox46’s report on the story below: