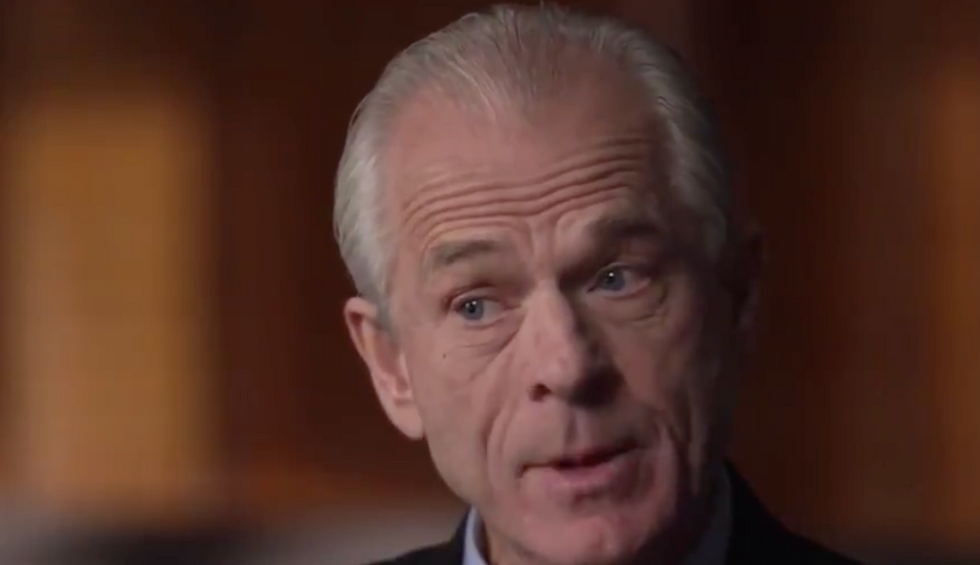 When Peter Navarro — one of President Donald Trump’s top economic advisers — was interviewed on Fox Business on Friday, June 12, he offered some proposals on what the next economic stimulus package coming from Congress should look like. Navarro called for a package that would cost more than $2 trillion and include programs to increase manufacturing in the United States. But journalist Jeff Stein, in a Washington Post article published on June 18, reports that Navarro’s ideas are by no means universally loved in Trumpworld.

One Trump Administration senior official, who spoke on condition of anonymity, told the Post, “Peter went rogue” — and another one asserted, “Navarro speaks for Navarro.” But Navarro is defending his proposal.

“If there is anybody in this administration who is opposed to ‘buy American’ or strengthening the domestic manufacturing base, they are in the wrong administration,” Navarro told the Post.

"Navarro speaks for Navarro." As much of Washington is consumed by Bolton and White House infighting over foreign p… https://t.co/IAxi2p6pEh
— Damian Paletta (@Damian Paletta) 1592483439

It’s no secret that Democrats and Republicans in Congress have been butting heads over stimulus ideas. House Speaker Nancy Pelosi and Senate Majority Leader Mitch McConnell have expressed very different views on how the U.S., economically, should respond to the coronavirus pandemic. But as Stein points out, there are also conflicting ideas among Republicans and Trump allies.

“The differing White House agendas have increasingly spilled into public as administration officials have contradicted each other on how to deal with new economic stimulus bills,” Stein explains. “At this point, there is not a concrete White House proposal, in part because different economic advisers keep floating different — and at times contrasting — ideas.”

Some Republicans, Stein notes, have criticized Treasury Secretary Steven Mnuchin for being, as they see it, “too generous to Democrats” — including Speaker Pelosi.

Douglas Holtz-Eakin, who formerly served as director of the Congressional Budget Office and was an adviser to the late Arizona Sen. John McCain, told the Post, “It is very hard for Congress to figure out this administration’s priorities. Is today about Mnuchin’s agenda? Navarro’s? The president’s? Somebody else’s? The way they’re doing this is completely different than any way it’s been done before.”