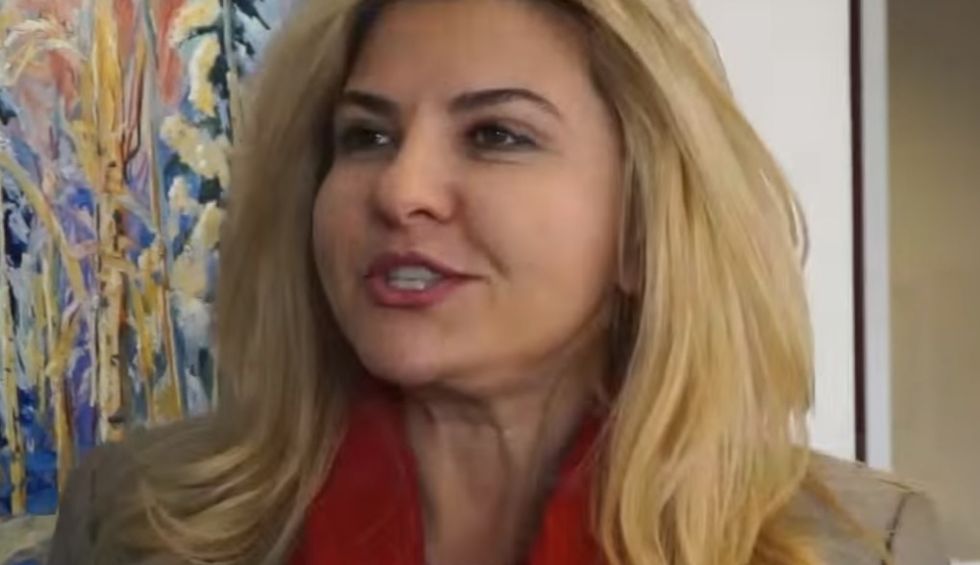 As the United States tries once again to reconcile its white supremacist systems and the toll it has taken on millions of American citizens, Las Vegas continues having bizarre Republican operatives saying wackadoo racist things. Meet Michele Fiore. Fiore is the Las Vegas mayor pro tem you might remember as the lawmaker who during previous BLM protests said she supported shooting protesters, and subsequently clarified she meant just the Black Lives Matters ones.

So it comes as no surprise that amid national protests on race relations, Michele Fiore reportedly made “racially charged remarks” during a Clark County Republican Party convention on Saturday. According to The Nevada Independent, Fiore attacked Black Lives Matter protests and the shooting of a Las Vegas police officer that reportedly occurred during one demonstration. One of her solutions was to go after “affirmative action,” by reportedly saying, “If there’s a job opening and my white ass is more qualified than somebody’s black ass, then my white ass should get the job.” Yes. It is hard to decipher how that connects to Black lives Matter, or racial injustice, or the deaths of innocent Black American citizens.

Fiore’s comments came one day before it was announced that she would be joining other conservatives in a “Blue Lives Matter” march. The Independent’s story ran on Monday, and Fiore made sure to drop this:

The exact wording of Fiore’s attack on affirmative action is not known. One account has Fiore saying “I am a white woman, and I should not lose my job because of their black asses.” The Clark County Republican Party has released a statement saying that “racially charged comments were made by Ms. Fiore that are not reflective of Republican nor American values. Ms. Fiore’s remarks were clearly inappropriate and ran counter to the thoughtful remarks of every other speaker and counter to the beliefs of the Clark County Republican Party.”

Fiore responded to the Independent’s inquiry about her tirade by saying, “No I don’t, Absolutely WRONG and inaccurate please do not text my personal cell with rubbish.”

Fiore has threatened to shoot Syrian refugees and she once sent out a Christmas card showing her family members all carrying guns. In 2016, when Fiore was running for a congressional seat, the Nevada Association of Public Safety Officers told Fiore she was “unqualified to hold the position of United States Congresswoman” due to her dangerous stances on guns and self-defense. Fiore is a special kind of cuckoo for Cocoa Puffs.