People with close ties to the Chinese government wanted access to Trump. So they bought it 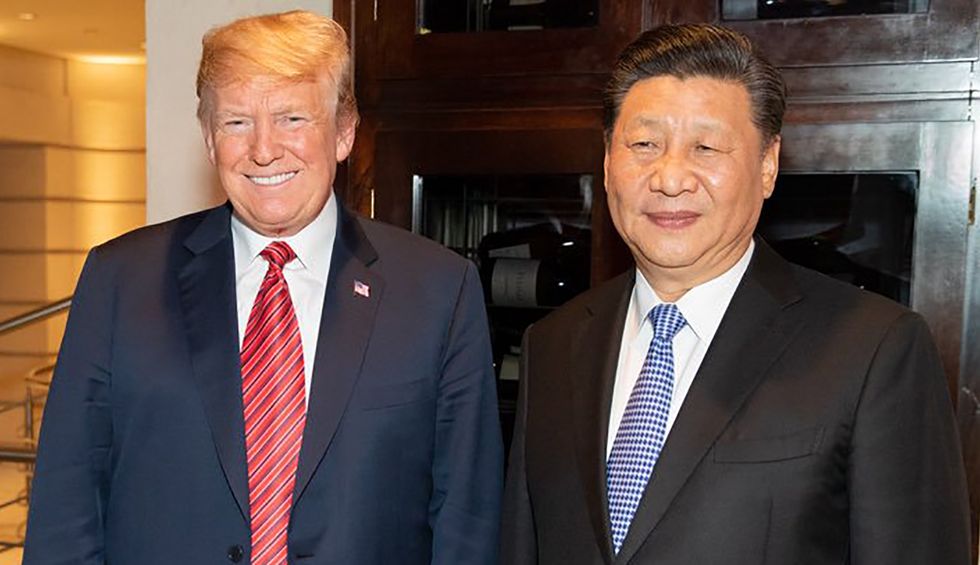 In a tale now exceedingly familiar to the American people, certain foreign actors wanted to influence the American president, so they found a way to buy it and, guess what? They got access.

In this case, it appears the Chinese government enlisted certain political donors to make the connections, according to the Wall Street Journal. The Chinese-aligned access seekers reportedly "poured hundreds of thousands of dollars" into Trump's reelection bid to get close to Donald Trump toward the beginning of his term.

Some of those access seekers were closely aligned with China's national security infrastructure, its military included, and they gave progress reports about their advances to prominent Chinese officials.

A GOP official named Shawn Steel helped make some of those advances possible. At Steel's invitation, Chinese nationals attended an exclusive event in May 2017 at which Republican leaders mulled campaign strategies and other issues. The Republican National Committee has now told Steel to cut ties with certain donors after the Journal started asking questions about them.

But the pervasive story of Republican grift and corruption and openness to foreign influence under Trump's leadership is getting old. Remember when pro-Russian Ukrainians paid top dollar to flood Trump's inaugural events in order to get access to high-level Trump and GOP officials? It seems investigations into Trump's weirdly overfunded inauguration continue, with prosecutors in the Southern District of New York securing an obstruction of justice guilty plea earlier this year.

But China's efforts to get close to Trump and get a working knowledge about GOP campaign strategy, among other things, is perfectly pertinent to the ongoing tensions with China. Just think about what a weak position Trump is negotiating from on the China trade deal he insists is still alive even though his chief trade representative told Fox News the exact opposite.

First of all, we know from former Trump adviser John Bolton that Trump personally begged Chinese President Xi Jinping for help getting reelected. So Trump is desperate for China's help even though he's publicly trying to blame China for spread of the coronavirus in the U.S. In the meantime, China now clearly has insider insight into U.S. elections and the GOP's strategy for trying to prevail in November—meaning they might be in position to dangle some tantalizing tidbits in front of Trump or even other Republicans. And so Trump, desperate to scapegoat China, would likely have to give something very important away to the country in order to enlist its leadership’s help in his reelection bid.

Yes, much of that is hypothetical, except that it all fits into the well-worn pattern of Trump putting his personal and political needs ahead of the country's. So while that hypothetical might seem preposterous in any other administration, it's entirely plausible here. Over and over again, Trump has publicly and privately welcomed the help of foreign actors to secure an unfair and illegal electoral advantage. China has something Trump needs—a trade deal, however weak—and Xi certainly won't be giving it away for free, if he gives it at all.