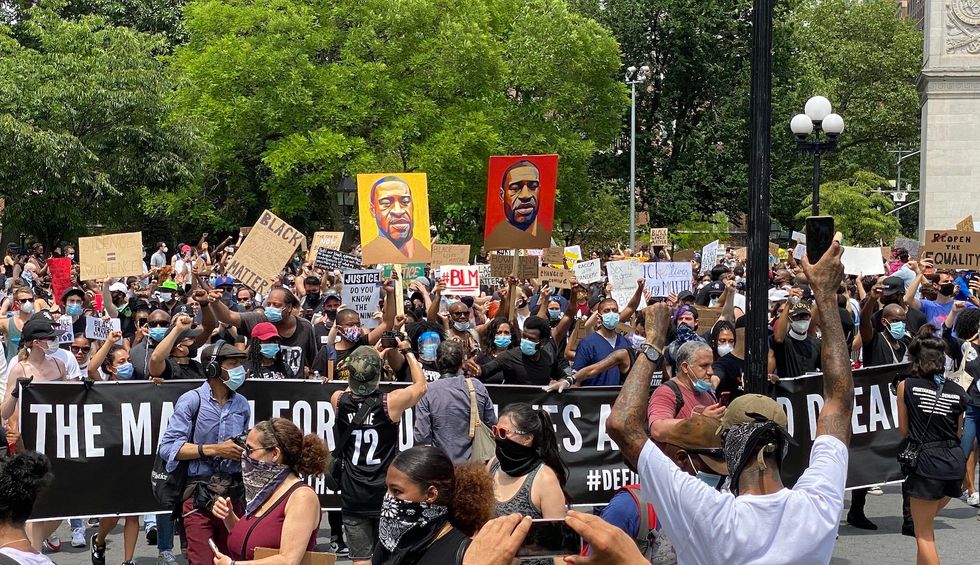 Chances are, someone reading this sentence has seen a video of the NYPD committing assault or other abuse on the streets of New York City⁠—likely within the past week.

Social media has changed the dynamics of witnessing police misconduct of all types, from discrimination to extrajudicial murder. But previously in New York, the right to make a complaint as a witness was limited to people who were physically present.

Now, with a new ruling from the New York County Supreme Court’s Appellate Division (First Department), a person witnessing misconduct online can file a complaint with the NYC Civilian Complaint Review Board (CCRB), the largest official police accountability agency in the nation. That’s a big upgrade from hoping that your tweet is seen by an in-person witness.

Confirmation of this change follows litigation that started after a city regulation was amended to allow “reporting non-witnesses” to petition CCRB. Police unions are used to bullying politicians and regulators to avoid meaningful accountability, and Pat Lynch, president of the Patrolmen’s Benevolent Association (PBA), duly filed a lawsuit* to block the amendment.

Lynch and others who want the CCRB to ignore viral videos of officers abusing people in broad daylight scored an initial win from Manhattan Judge Melissa A. Crane, who found that the new regulation would cause a “mass influx of complaints based on unreliable information.”

But a majority of the judges on the appellate panel reversed Judge Crane’s decision on May 28, and did not mince words in telling her to put her comments back in her pocket. It was a fitting sign of the nation’s mood, coming three days after Americans and the world first watched a white Minneapolis PD cop kneel on the windpipe of George Floyd until he died. Even judges are no longer so willing to give cops a pass for everything.

Responding to Judge Crane’s central qualm, the panel found that the CCRB had more than adequate means to sift out bunk online allegations from those with grounds. The amended regulation lists factors like “the nature and/or severity of the alleged misconduct” and “the numbers of complaints received by the Board regarding the incident” among those that the CCRB should consider when deciding whether to open an investigation.

The CCRB was founded in 1993, and has long faced criticism from people harmed by police violence for being gutless and weak. After NYPD officers were caught on video throwing a visibly pregnant woman to the ground and beating her in 2015, one officer simply lost a few vacation days. Dennis Flores, who formed a police accountability group called El Grito in Sunset Park, said “We all believe the CCRB is a joke. It’s a waste of time.”

Mild consequences for brutality are unfortunately part of the CCRB’s deal with the city, which requires the NYPD to consent to the agency’s oversight power. Despite that agreement, the city’s main police union trashes the CCRB in the media, with one 2019 newspaper ad paid for by the union portraying the agency as a cloaked gravedigger burying people’s jobs.

Amid built-in limitations, the CCRB has made significant efforts to make its work more effective. In 2015, Mina Malik, its former executive director, added “an option for complainants or victims to disclose their sexual orientation or gender identity” to the CCRB. During Malik’s tenure, the CCRB saw an uptick of substantiated complaints from 11 percent in 2010 to over 20 percent in 2015⁠—an improvement she credited to “the availability of video evidence.”

In the CCRB’s statement on the result of the new lawsuit, Board Chair Fred Davie said: “The Appellate Division’s ruling today is a major step toward bringing our system of police accountability into the 21st century.” He continued, “In an age when anyone, anywhere can see police misconduct on social media, the evening news, or elsewhere, any requirement for an individual to have personally witnessed misconduct simply is an impediment to the disciplinary process.”

Another amended rule in dispute—which would have permitted the CCRB to investigate sexual misconduct claims against NYPD officers, instead of such complaints being investigated by an internal NYPD department—was thrown out, but only because the CCRB failed to go through the correct rulemaking process under law. The appellate panel did not suggest that this change would exceed CCRB’s authority, however, and the agency has promised to continue pursuing it through the rulemaking process.