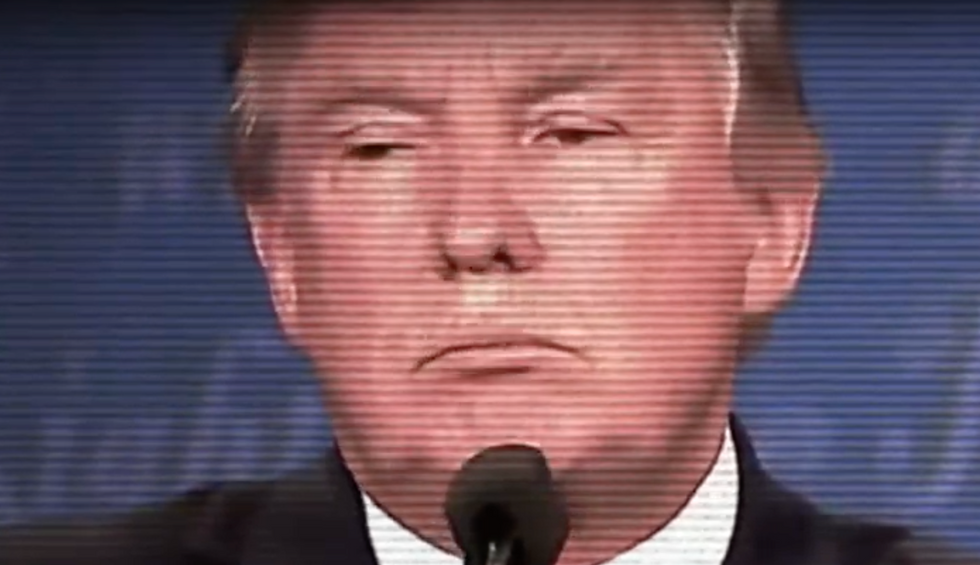 "I will totally accept the results of this great and historic presidential election... if I win."

That was then-candidate Donald Trump's message to his supporters and the nation just a month before his victory over Hillary Clinton in the 2016 presidential race.

Four years later, with less than five months to go until the 2020 presidential election, progressive advocacy groups are preparing to mobilize millions of people should Trump lose to presumptive Democratic nominee Joe Biden and refuse to accept the results.

On Friday, Stand Up America and Indivisible launched a "Protect the Results" campaign aimed at encouraging all Americans to "protect and defend the valid results of the election whether their preferred candidate wins or loses."

"Trump has no respect for the rule of law, and we have no reason to believe he will leave willingly after losing reelection," Ezra Levin, co-founder and co-executive director of Indivisible, said in a statement. "Preparing for the possibility of Trump refusing to concede isn't just reasonable, it's the responsible thing to do."

Indivisible and Stand Up warn on their campaign's website that "there is no line he won't cross," pointing to Trump's threat last week to deploy the U.S. military to quash nationwide protests against the police killing of George Floyd.

"We cannot ignore the threat that Trump poses to our democracy and a peaceful transition," the groups said. "We will stand together to ensure that if Trump loses the 2020 presidential election he will not throw our country into a constitutional crisis."

Indivisible and Stand Up said in a joint statement Friday that they hope to "build a network of millions of Americans who pledge to take action should Trump refuse to accept the results or if he attempts to declare victory while the actual outcome remains unclear."

The groups said they plan to use a text alert system to:

"We can't bury our heads in the sand and pretend that Trump is not a threat to our democracy," said Stand Up founder and president Sean Eldridge. "The American people must be ready to protect the results of the 2020 election."

Since taking office in 2017, Trump has repeatedly floated the possibility of remaining in office beyond his constitutionally allotted term during rallies and on Twitter.

"The Fake News is not as important, or as powerful, as Social Media," Trump tweeted last July. "When I ultimately leave office in six years, or maybe 10 or 14 (just kidding), they will quickly go out of business."

A month later, Trump suggested on Twitter that his administration "should be given our stolen time back," referring to the Russia investigation that consumed much of the president's first two years in the White House.

Levin told Newsweek on Friday that there is good reason to believe Trump's remarks were more than mere jokes meant to rile up the media and his political opponents.

"He wasn't joking when he teargassed peaceful protesters for a photo-op," Levin said. "This is a real concern people have."