‘Nervous’ Trump wants to make a big change to his 2020 campaign as re-election hopes fade: report 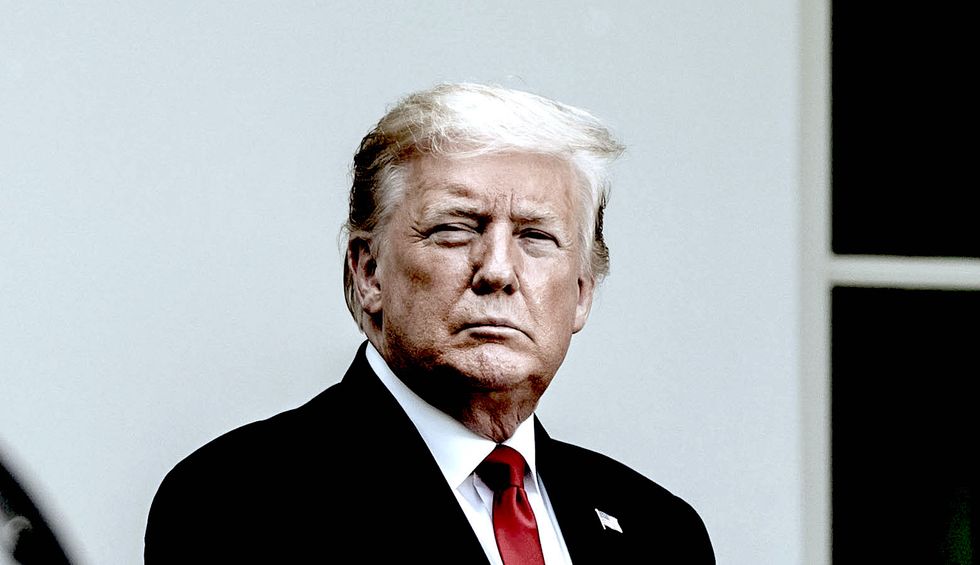 According to a report from Politico, a very nervous Donald Trump is reaching out to associates who were a part of his surprising 2016 presidential run for help as his 2020 re-election bid falters and his opponent, Joe Biden surges ahead in the polls.

“President Donald Trump, increasingly nervous about the direction of his campaign as he struggles in general election polls, is considering bringing back more loyal aides from his successful campaign in 2016, according to five Republicans who speak to the president,” reports Politico’s Anita Kumar.

With one associate of the president stating, “Recent internal polling painted uneasy seas ahead and President Trump wanted some of his warriors back,” Kumar added, “Trump is increasingly concerned that his reelection prospects could be slipping away and wants to bring in staffers he trusts from his original scrappy campaign.”

The desire to beef up his 2020 team has put campaign manager Brad Pascale under the microscope, with memories of Trump making major and constant changes to his 2016 team.

“Trump remains frustrated about the leadership of campaign manager Brad Parscale, himself a 2016 loyalist who served as digital strategist and is now running his first presidential campaign, the five Republicans say. Specifically, the president has continued to complain that Parscale is burning through too much money too quickly,” Kumar wrote.

According to another Trump insider, “Brad worked when they needed someone to jump in but they don’t need him anymore,” adding Trump’s moribund campaign is now in need of a professional with more experience.

Writing, “With less than five months left before the election, polls show Trump lagging behind presumptive Democratic nominee Joe Biden in most national polls. And his standing has fallen in many key states, such as Ohio and Iowa, and even in traditionally red states, such as Arizona and Georgia, in both public and campaign polls,” Kumar added, “It’s unlikely that hiring a handful of 2016 staffers will fundamentally change the campaign unless they take on top-level jobs at headquarters, but they could help the president’s prospects in pivotal states. The campaign, with staff spread out across the country, already is nearing 1,000 people.”

“Parscale and Jared Kushner, the president’s son-in-law and White House senior adviser who plays a leading role at the campaign, have been making staff changes over the last few months but the intensity has grown in the last couple of weeks, the Republicans say,” Kumar reports. “At the White House, Hope Hicks, one of Trump’s most trusted confidants, returned as a senior adviser while Johnny McEntee, who helped organize trips in 2016, rejoined the administration as director of the office responsible for filling hundreds of top political jobs. Dan Scavino, the director of social media who sometimes tweets from Trump’s account, was promoted to deputy chief of staff for communications in April. Kellyanne Conway, who was Trump’s campaign manager, has been senior White House counselor for his entire first term.”

However, according to one Republican, it is not the campaign that is the problem –it’s what they are selling with the explanation: “The president thinks he should be winning in a huge way. He refuses to acknowledge his own weaknesses.”