Navy upholds firing of captain hailed as a hero after warning of coronavirus outbreak on warship: reports 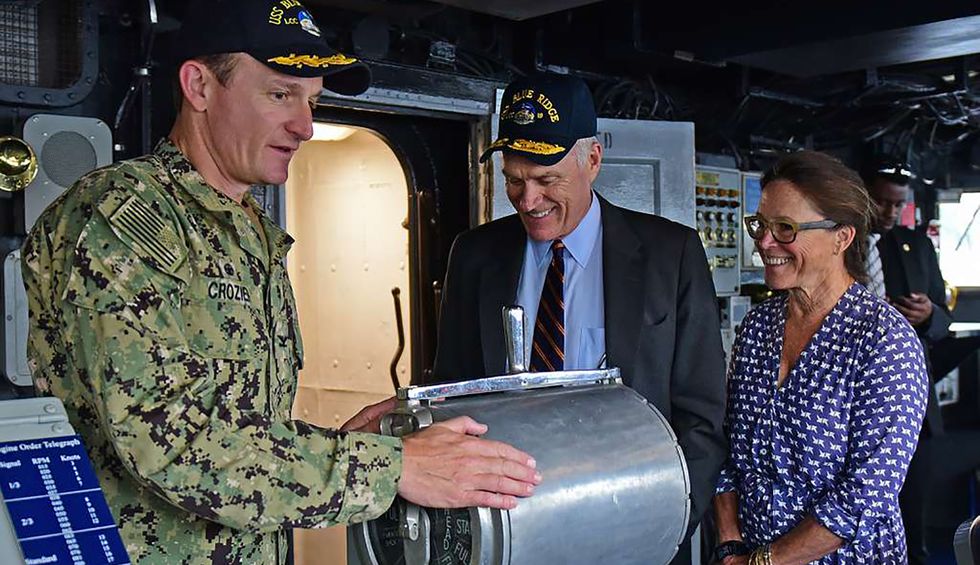 Capt. Brett Crozier was hailed as a hero when, in March, he sounded the alarm about an outbreak of coronavirus on the USS Theodore Roosevelt — a warship in the Pacific. But Crozier, the Roosevelt’s former commander, was fired from the ship for violating the military chain of command. And according to Politico reporters Lara Seligman and Connor O’Brien as well as ABC News reporter Luis Martinez, the U.S. Navy has decided to uphold the firing.

Seligman and O’Brien report their information comes from “two people familiar with the investigation” of Crozier, one of whom told Politico: “The results of the investigation justified the relief. He failed to take appropriate action, to do the things that the commanding officer of a ship is supposed to do. So, he stays relieved.”

However, Seligman and O’Brien noted that according to a congressional aide, no other punitive action will be taken against Crozier.

The Politico journalists report that “the Navy is also expected to hold up the promotion of the senior officer onboard the Roosevelt, Rear Adm. Stuart Baker, the commander of Carrier Strike Group 9.”

“Strike Group Command will also be held accountable for poor decision-making, and his second star is being put on hold,” the congressional aide told Politico.

Reporting by Martinez for ABC News confirms that Crozier (who was diagnosed with coronavirus) will not be reinstated on the Roosevelt. A “U.S. official and a congressional aide,” according to Martinez, made it clear that that decision is firm.

Martinez reports, “After reviewing a broader investigation into the circumstances involving the spread of the virus aboard the ship and the chain of command’s response, Adm. Mike Gilday, the chief of naval operations, decided that Capt. Brett Crozier should not be reinstated and that Rear Adm. Stuart Baker, his direct supervisor as the carrier’s strike group commander, should be held accountable and that his promotion to two-star admiral be placed on hold, according to the congressional aide.”