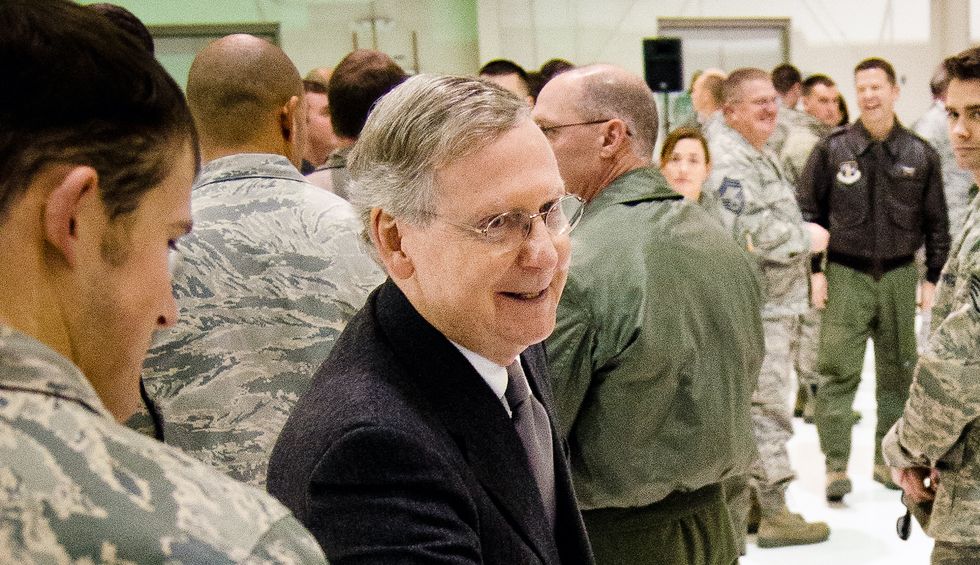 The Kentucky Republican as minority leader cited the so-called Thurmond Rule in June 2012 to halt judicial nominees at the end of President Barack Obama’s first term, but McConnell is moving forward with the nomination of his protégé Justin Walker on the U.S. Court of Appeals for the District of Columbia Circuit, reported Roll Call.

“The Leader has made it clear no vacancy will be left behind,” said McConnell spokesman David Popp. “The party who nuked the judicial filibuster doesn’t get to talk about the Thurmond Rule. They should have thought about that before they set off the bomb.”

Senate Democrats ended the 60-vote filibuster for executive branch nominees in 2013, but McConnell has a record of citing the rule — named after the late South Carolina Republican Sen. Strom Thurmond — when a Democrat’s in the White House and ignoring it when a Republican is there.

“This rule that doesn’t exist is just an excuse for our colleagues to run out the clock on qualified nominees,” McConnell groused in 2008, at the end of George W. Bush’s presidency.

McConnell stalled Obama’s nominees, and blocked Supreme Court nominee Merrick Garland in an unprecedented gambit, before filling those vacancies with President Donald Trump’s conservative picks, and now Republicans are calling on older judges to step aside and create new openings for Republicans to fill.

“If you’re a circuit judge in your mid-60s, late 60s, you can take senior status, now would be a good time to do that, if you want to make sure the judiciary is right of center,” Senate Judiciary Chairman Lindsey Graham said recently.

The Senate has confirmed 203 judges during Trump’s presidency, and McConnell seems likely to keep confirming them — even if he and Trump lose their own re-election bids in November.

“I think if Trump loses the election,” said Russell Wheeler, president of the Governance Institute and a visiting fellow at the Brookings Institution, “he’s going to confirm judges until the Senate adjourns in early January.”