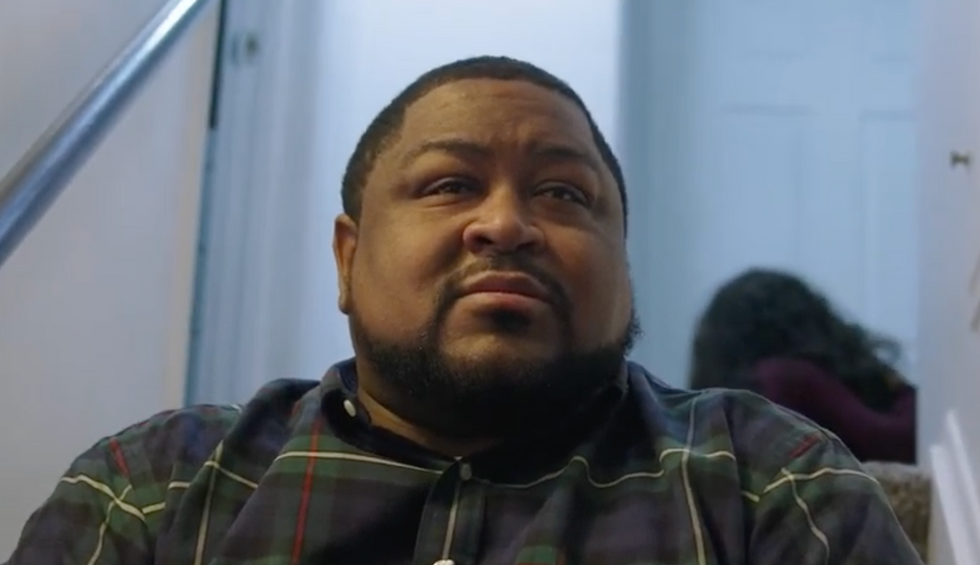 The ACLU on Wednesday urged policymakers to end law enforcement use of facial recognition technology and filed an administrative complaint with Detroit police on behalf of Robert Williams, a Black man who was wrongfully arrested in January after software owned by Michigan State Police misidentified him as a shoplifting suspect.

"Lawmakers need to stop allowing law enforcement to test their latest tools on our communities, where real people suffer real-life consequences," declared ACLU senior legislative counsel Neema Singh Guliani. "It's past time for lawmakers to prevent the continued use of this technology. What happened to the Williams family should never happen again."

Robert Williams was wrongfully arrested and locked up for nearly 30 hours. He did nothing wrong, but the cops would… https://t.co/pm4bUlAWSE
— ACLU (@ACLU) 1593004052

The group's call for legislative action came after almost a month of nationwide protests over police mistreatment of Black Americans, which Williams referenced Wednesday in an op-ed for the Washington Post about his experience being arrested on his front lawn while his wife and young daughters watched, then detained for nearly 30 hours.

The ACLU is lodging a complaint against the police department on my behalf, but that likely won't change much. My daughters can't unsee me being handcuffed and put into a police car. But they can see me use this experience to bring some good into the world. That means helping make sure my daughters don't grow up in a world where their driver's license or Facebook photos could be used to target, track, or harm them.

Williams and his wife Melissa also recounted their experiences with Detroit police in a video circulated by the ACLU:

The complaint to the Detroit Police Department (DPD) outlines Williams' "harrowing experience" and calls for the case against him to be dismissed with prejudice and a public apology. The document also demands that the DPD stop using facial recognition technology for investigations; remove photos of Williams from any facial recognition database the department uses; expunge the mugshot taken after his arrest from all DPD and state records; and immediately respond to Williams' public records request.

Philip Mayor, a senior staff attorney at the ACLU of Michigan, signed the complaint. Mayor is representing Williams with Victoria Burton-Harris, a criminal defense and family law attorney at McCaskey Law, PLC. The lawyers discussed Williams' experience and the broader issues with police using facial recognition tech in an ACLU blog post Wednesday.

"Face recognition technology can't tell Black people apart," they wrote, noting that studies have shown it "is flawed and biased, with significantly higher error rates when used against people of color and women." In Williams' case, all he had in common with a thief caught on a watch shop surveillance camera "is that they are both large-framed Black men."

"Given the technology's flaws, and how widely it is being used by law enforcement today, Robert likely isn't the first person to be wrongfully arrested because of this technology. He's just the first person we're learning about," Mayor and Burton-Harris added. That warning was echoed by Clare Garvie, senior associate with Georgetown Law's Center on Privacy & Technology, in another ACLU blog post:

The sheer scope of police face recognition use in this country means that others have almost certainly been—and will continue to be—misidentified, if not arrested and charged for crimes they didn't commit. At least one quarter of the 18,000 law enforcement agencies across the United States have access to a face recognition system. Over half of all American adults are—like Mr. Williams—in a driver's license database searched using face recognition for criminal investigations (and in some states, for immigration enforcement too). States have spent millions of dollars on face recognition systems, some of which have been in place for years and are searched hundreds, if not thousands of times per month.

NPR reported Wednesday that "the Detroit Police Department said after the Williams case, the department enacted new rules. Now, only still photos, not security footage, can be used for facial recognition. And it is now used only in the case of violent crimes."

However, for critics of the technology, such reforms don't go far enough.

"Fixing the technology's flaws won't erase its dangers," argued Mayor and Burton-Harris. "Today, the cops showed up at Robert's house because the algorithm got it wrong. Tomorrow, it could be because a perfectly accurate algorithm identified him at a protest the government didn't like or in a neighborhood in which someone didn't think he belonged."

Some lawmakers—such as Sen. Bernie Sanders (I-Vt.), who tweeted about Williams' case Wednesday—have called for limiting or fully banning law enforcement use of facial recognition technology. However, there are currently no national restrictions, despite pressure from advocacy groups including the ACLU and Fight for the Future.

"What happened to Robert Williams and his family should be a wake-up call for lawmakers," Fight for the Future deputy director Evan Greer said in an email Wednesday. "Facial recognition is doing harm right now. This is not some Orwellian technology of the future. This is happening today. And lawmakers need to act today to ban the use of this dangerous, racially biased, and invasive technology that only serves to automate and exacerbate existing forms of discrimination in policing."

In the absence of congressional action, some municipalities have voted to ban it as part of ACLU-led campaigns—most recently, Boston's city council in a unanimous vote on Wednesday. ACLU of Massachusetts executive director Carol Rose said in response to the move that "everyone who lives in Massachusetts deserves these protections; it's time for the Massachusetts legislature to press pause on this technology by passing a statewide moratorium on government use of face surveillance."