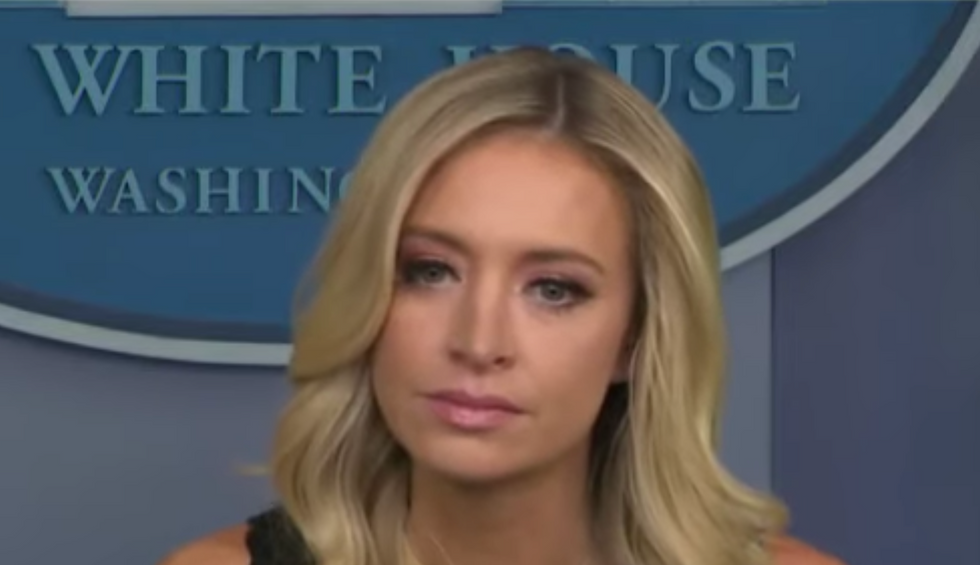 The White House is defending President Donald Trump’s hiring practices by comparing his record to the late President Abraham Lincoln – despite the President himself regularly maligning and defaming many of his own top officials once they exit.

“Why does the President keep hiring people who are ‘dumb as a rock,’ ‘overrated,’ ‘way over their heads,’ ‘whacko,’ and ‘incompetent’?” NBC News’ Peter Alexander asked Kayleigh McEnany Friday afternoon.

“So the President makes hiring decisions based on the fact that he likes to have countervailing viewpoints,” McEnany, appearing to read a document from the podium, replied.

That’s false. Trump repeatedly has either fired, ordered the firing, or expressed his desire to fire administration officials and others who publicly or privately disagree with him.

“I spoke to him this morning about the hiring of John Bolton in particular and he said, ‘I like to counterbalance my own opinion with individuals that often-times have the very opposite opinion of my own.’ He likes the model of having a ‘team of rivals,’ like what we saw in President Lincoln’s administration,” McEnany declared, falsely.

“I’ve been a part of that, I often see rigorous debate, and the President uses his gut and makes the best decision as to how to move forward. So that’s what goes into his hiring practices and I think the team of rivals with President Lincoln worked quite well,” she said, smugly.

“There’s obviously value in hiring a team of rivals, it’s worked well in the past, but then if you’re going to hire rivals why hire rivals who are ‘dumb as a rock,’ ‘overrated,’ ‘way over their heads,’ ‘wacko,’ and ‘incompetent’? How does that help the president?” he asked.

“Well sometimes the rivals prove those labels to be true and that’s particularly true in the case of John Bolton, who repeatedly praised the president, then turned. He’s been widely criticized by The New York Times for his book,” she said, though not admitting why he was criticized. “I think John Bolton has proven himself to have those labels as true.”

.@PeterAlexander: "Why does the president keep hiring people who are dumb as a rock, overrated, way over their head… https://t.co/sbf3vrNyqB
— CSPAN (@CSPAN) 1592589940