Jim Cramer: Coronavirus pandemic triggered 'one of the greatest wealth transfers in history' 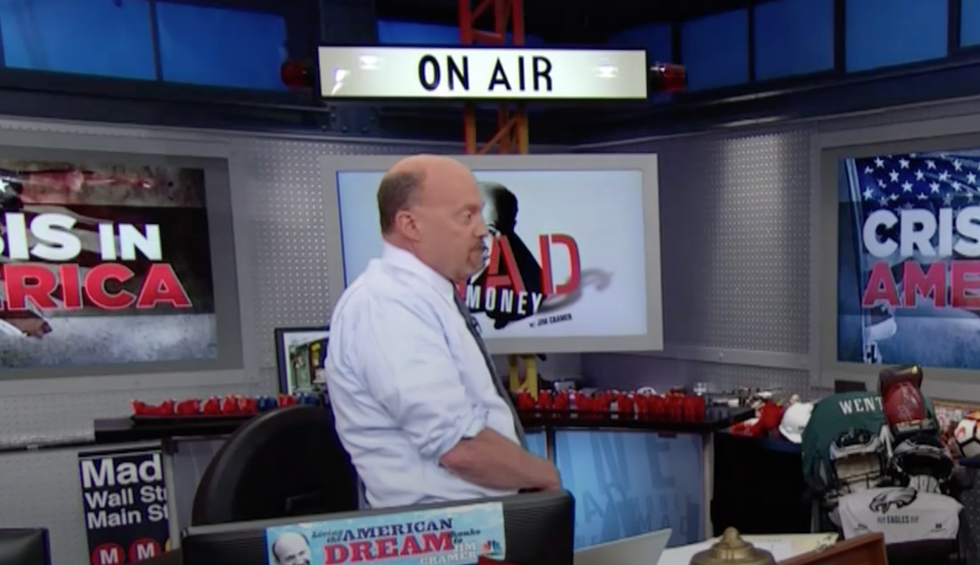 CNBC's Jim Cramer said Thursday that that coronavirus pandemic has triggered "one of the greatest wealth transfers in history."

The remark from the network's "Mad Money" host came amid "ominous" economic data but a rebounding stock market.

"How can the market rebound without the economy? Because the market doesn't represent the economy; it represents the future of big business," said Cramer. "The bigger the business, the more it moves the major averages."

"And that matters," he continued, 'because this is the first recession where big business—along of course with bigger wealth, but that's not really by show—is coming through virtually unscathed, if not going for the gold."

In contrast, small businesses are "dropping like flies," Cramer said, attributing those failures to the fact that smaller businesses are struggling to pay rent as "major landlords" don't appear to be offering relief.

"That's the thing about this pandemic," Cramer continued, "it's been one of the greatest wealth transfers in history."

Cramer projected that transfer to have a "horrible effect" on the country.

Further, the CNBC host said, "we've barely begun to see the impacts" of the pandemic's economic fallout. Cramer pointed to the latest corporate bankruptcy figures he said would "chill both Republicans and Democrats."

The new comments came a day before federal data showed the nation facing a 13.3 percent unemployment rate, and as a new analysis showed the fortunes of U.S. billionaires increased by $565 billion between March 18 and June 4. That 11-week period also saw 42.6 million Americans filing jobless claims.