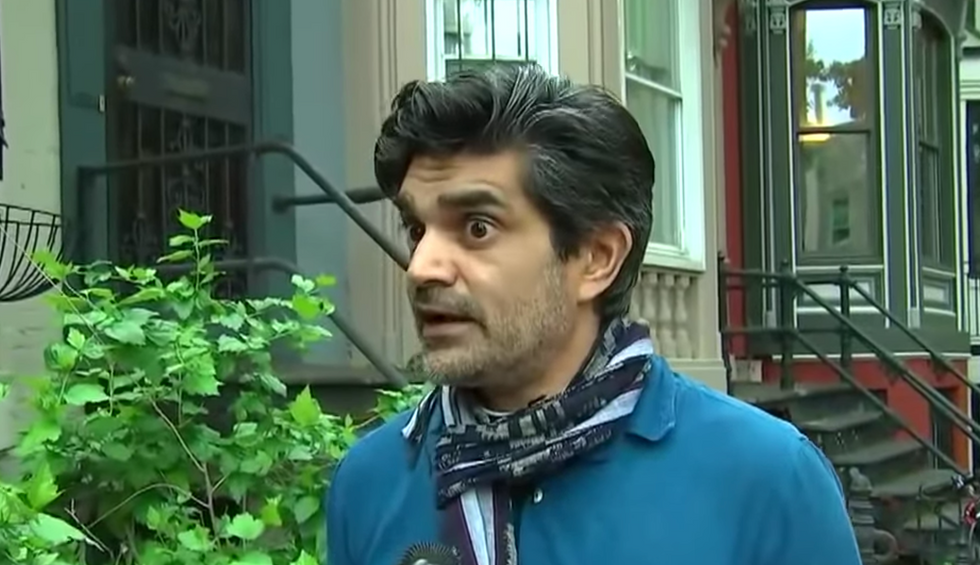 As a weekend of protests for justice for George Floyd continued into Monday evening in Washington, D.C., we know that peaceful protesters were dispersed with tear gas so that Donald Trump could pose with a Bible outside of St. John’s church, which he apparently didn’t even have permission to do. That incident rightfully got a lot of mainstream media attention, but protests continued into the evening, and as local outlet DCist reports, D.C. police trapped protesters in a residential street some time after curfew began at 7 PM ET. Protesters were invited into Rahul Dubey’s Northwest D.C. home. Videos and photos that have since gone viral on Twitter are absolutely harrowing, but as of Tuesday morning, it appears that no one was arrested upon leaving the local hero’s home.

Here’s what we know: According to one protester, a 22-year-old named Meka who spoke to DCist in a phone interview from inside a refuge house during the night, officers blocked protesters into streets in the Dupont Circle neighborhood with what appeared to be flash bangs and pepper spray.

Here is the video from Meka that first went viral:

Dubey, the 44-year-old businessman who let protesters shelter at his home, estimated to The Washington Post that there were more than 100 people taking up three floors and the backyard. Fox 5 DC reporter Maureen Umeh estimated that hundreds of protesters who appeared to have taken refuge at three or four homes in that area left after curfew lifted.

Other protesters who say they took refuge tweeted their experiences, including saying they’d been pepper sprayed by police.

According to the Post, Dubey was simply at home sitting on his porch when the chaos, including police firing chemicals and pushing protesters, on his street started. According to local outlet ABC 7 WJLA, it was about 8:30 PM when Dubey saw police set up their brigade on his street. In speaking to local outlet Fox 5 DC Tuesday morning, Dubey told reporters “you felt there was this kind of evil in the air” before he let protesters into his home, and noted he heard “screaming” and that his “eyes started burning.” He described protesters as being “pinned in” the street.

Dubey told Derek Hawkins, a reporter for The Washington Post, that the homeowner: “Opened a door,” and added: “You would have done the same thing.” According to Hawkins’ Twitter, Dubey continued last night, “these kids want to go home” and that it “feels like a hostage situation.”

Hawkins shared this image from the street earlier in the night.

And this photo from after Dubey offered refuge in his home.

Tuesday morning, Dubey told DCist that everyone who had been at his home overnight got home safely and that no one was arrested when they left in the morning.

Dubey got a standing ovation as protesters left his home. According to Axios, Dubey told protesters to  “talk to each other, make sure you take care of that mental health,” and to get home safely and rest.

Rahul Dubey, the man who welcomed protesters into his home, gets a round of appause from protesters and supporters… https://t.co/T7I4FrPLvG
— Kristen Powers (@Kristen Powers)1591093385.0

In contrast, Trump posted this message thanking himself in the third person on Tuesday morning.

You can listen to a conversation between Dubey and journalist Kristen Powers on his decision to let protesters shelter in his home here. You can also check out an interview with Dubey below.