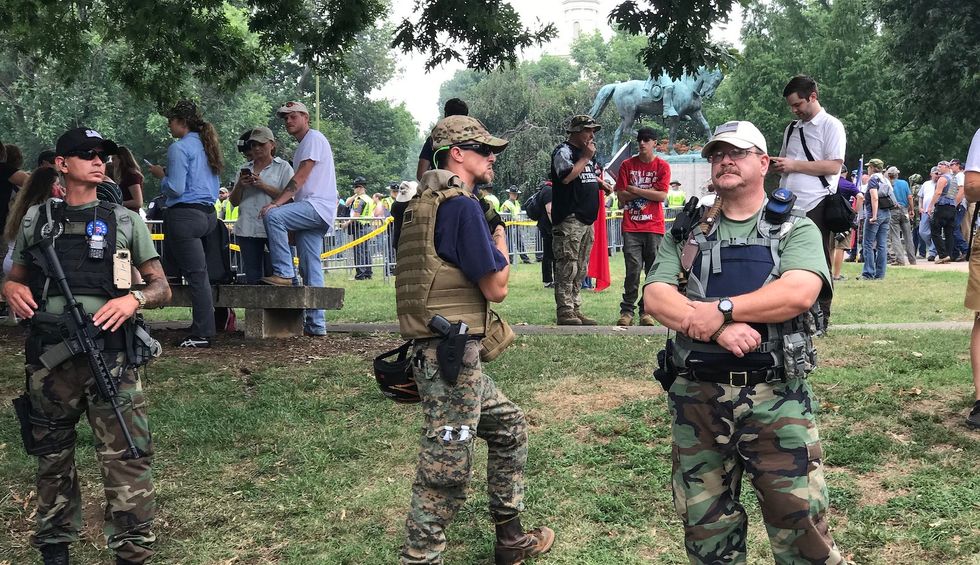 But to far-right extremists, attacking racism is attacking whites in general. And historian Peter Mitchell, in an op-ed for the Guardian, notes some of the ways in which attacks on the George Floyd protests are drawing on the racist Replacement Theory.

According to white nationalists who promote the Replacement Theory, enemies of the white race are seeking to “replace” whites with non-whites in the United States and many other countries. That far-right conspiracy theory, Mitchell notes, was promoted by French writer Renaud Camus in his 2011 book “Le Gran Replacement."

According to Mitchell, the Replacement Theory “has a long pedigree and a wide variety of forms. Its basic contours are this: ‘indigenous’ white populations, and their cultures, societies and institutions, are being replaced by a tide of racial others — black people, Africans and Muslims. Moreover, this is happening not because of any natural demographic trend, but because enemies within have willed it, not only through weakness but through a suicidal, self-hating malice towards the civilization of which they are a part.”

The death of George Floyd in Minneapolis on May 25 has inspired anti-racist protests not only in the U.S, but also, in countries all around the world — including the U.K., which is actually four counties in one: England, Scotland, Wales and Northern Ireland. Writer Melanie Phillips, Mitchell observes, has described the Floyd protests in the U.K. as an attack on western culture in general.

"They are accusing the police and white society of being fundamentally evil," Phillips said. "These demonstrations have been a form of insurrection against western society and its institutions.”

Mitchell explains: “This is a familiar refrain, especially when it comes to education: Toby Young, for example, has written that British universities have become ‘left-wing madrassas’.”

Replacement Theory rhetoric, according to Mitchell, has been espoused by everyone from the far-right Unite the Right demonstrators in Charlottesville, Virginia in 2017 to Hungarian President Viktor Orbán.

“In many variants,” Mitchell notes, “this enemy within is Jewish: this is what the Unite the Right protesters at Charlottesville meant, in 2017, as they marched against the removal of a statue of the confederate general Robert E Lee, chanting ‘Jews will not replace us.’ It’s also what lies behind much of the rhetoric on the far right, popularized in Orbán’s Hungary and consistently flirted with by senior Tories, casting the Jewish financier George Soros as a dedicated enemy of European national cultures.”