Former Michigan GOP executive director: Trumpism is making the state a model of ‘defeat and despair’ in 2020 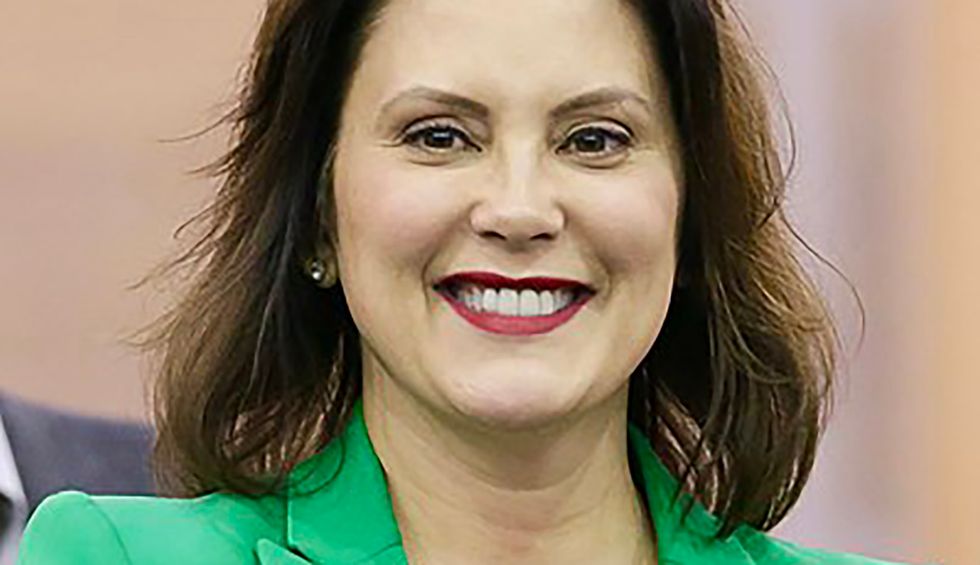 Democratic Party strategists were unpleasantly surprised when, in 2016, Donald Trump narrowly defeated Hillary Clinton in Michigan, Pennsylvania and Wisconsin — three Rust Belt states that had been going Democratic in presidential elections. Liberal filmmaker and Michigan native Michael Moore was absolutely right when he warned of Trump pulling off a Rust Belt victory in states Republican presidential candidates had been losing. It remains to be seen which Rust Belt states Trump will win or lose in 2020, but according to Jeff Timmer — former executive director of the Michigan Republican Party — Trumpism has been a major gift to Democrats in his state.

In an article published by the conservative website The Bulwark on June 17, Timmer stresses that Trump’s presidency has damaged the GOP and the conservative movement considerably in Michigan.

“A state that was on very few people’s radar in 2016 has become the center of the political universe this year as our governor, Gretchen Whitmer, feuds with the president and as legions of political reporters travel to our state’s diners in an attempt to understand what they missed the last time around,” Timmer writes. “The problem with this renewed focus on Michigan? There’s not much evidence that the hype is real. As it stands today, Trump’s 2016 victory is looking more and more like a fluke, with every intervening election and the 2020 polls looking like a MAGA nightmare.”

Timmer stresses that if Trump is reelected, it is “unlikely” that Michigan’s electoral votes will go to him this time. And the conservative activist outlines some reasons why.

“After George H.W. Bush easily won Michigan in 1988, no other Republican even really tried,” Timmer explains. “The younger Bush waged contested battles in the state as a diversionary tactic to distract Al Gore and John Kerry from neighboring Ohio. Note: Bush garnered more total votes in 2004 while losing Michigan than Trump did when he won here in 2016.”

Evidence that Trump’s 2016 victory in Michigan was a “fluke,” according to Timmer, was plentiful in 2018.

“In the 2018 midterms, Democrats captured all the statewide offices for the first time since 1986, flipped two congressional seats, netted five seats in both chambers of the state legislature and gained scores of county and local offices,” Timmer recalls. “Traditional GOP strongholds in suburban Detroit and Grand Rapids shifted to the Democrats. Gretchen Whitmer, a former state legislator, bested then-Attorney General Bill Schuette in a landslide, even winning Kent County (Grand Rapids), which had voted for a Democrat for governor just once since the founding of the Republican Party in 1856. Rejection of Trump and Trumpism by Michigan voters in the 2018 midterm election left the Republicans at their lowest ebb in the state since 1986, though the GOP retained slim control of both chambers of the legislature.”

Moreover, Timmer adds, Whitmer “has only increased her popularity” since 2018. Timmer says of Whitmer, “Her approval numbers during the COVID-19 crisis, which has hit Michigan disproportionately hard, have remained in the mid-60s, while Trump’s have been mired in the low 40s.”

Democrats, according to Timmer, “also seem poised to break the GOP’s ten-year hold on the Michigan House of Representatives” in 2020. And Timmer predicts that Trumpism will suffer even more rejection in his state this year.

“Inexplicably, the MIGOP cult continues to bow and pray to the great orange god they made,” Timmer asserts. “And so, the sound most likely to emit from Republicans on the night of November 3 will not be silence — but a loud and collective wailing of defeat and despair.”