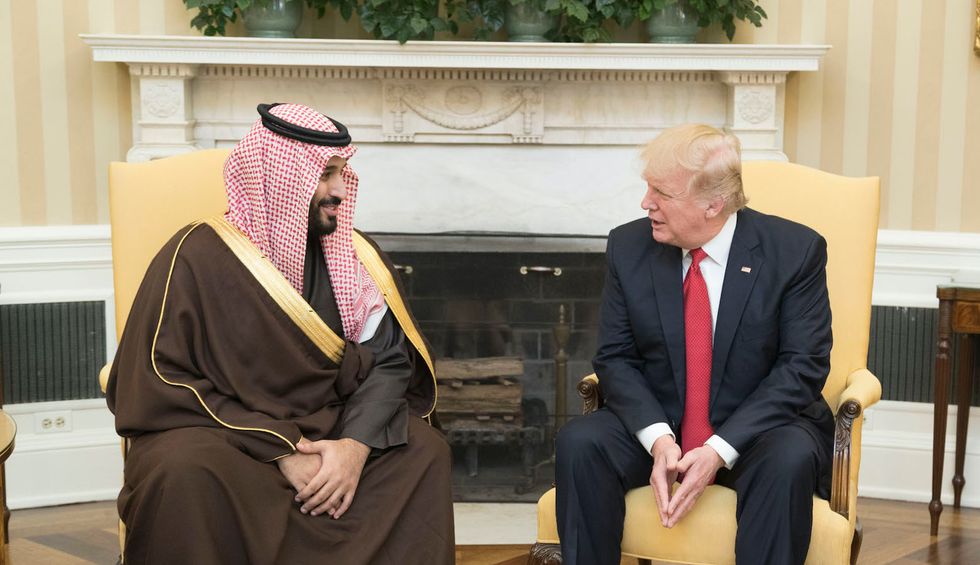 Recently ousted State Department Inspector General Steve Linick was carrying out five separate reviews into potential wrongdoings by the department when he was terminated.

That's according to a 253-page transcript of Linick's June 3 video conference interview with top lawmakers released Wednesday that also revealed the watchdog was "shocked" when he learned of his firing and was the target of bullying efforts by State Department Undersecretary Brian Bulatao.

Linick said he was "shocked " when he learned on May 15 from senior State Department officials that "the president has decided to exercise his power to remove you."

Questioned by the lawmakers why he thought Secretary of State Mike Pompeo asked President Donald Trump to remove him, Linick said any valid reasons have yet to materialize.

"I'm not going to speculate, and I'm going to leave that conclusion to all of you since you're doing the fact finding, but I can tell you though that I've been given no valid reason that would justify my removal," said Linick. "And the explanations I've heard so far in the press are either unfounded or misplaced."

It was already known that Linick's office was reviewing two matters—one regarding Pompeo and his wife's potentially unlawful use of government funds and another regarding the administration's use last year of emergency powers to dodge congressional oversight and sell billions of dollars in arms to Saudi Arabia.

In the interview, Linick told lawmakers there were also audits of three other matters that "involve the Office of the Secretary in some way."

Linick added that Bulatao "tried to bully" him with regards to the Saudi arms sale probe and that Bulatao sometimes seemed to be "unfamiliar with the role of inspectors general."

Bulatoa "strenuously objected" to the review of the conditions of the arms sale. Bulatao claimed it was a policy matter and thus not under Linick's jurisdiction to review. Linick countered that his office was carrying out a review of implementation of policy, which was within his jurisdiction.

"In connection with our work on the arms control, the emergency certification on the arms control, he told me that it wasn't an appropriate review because it was a review of policy," Linick told the lawmakers last week. "And I told him that, under the Foreign Service Act of 1980, it was within the IG purview to review how policy is implemented. And I was trying to draw that distinction that, while we don't engage in policymaking, we look at how policy is carried out as we are required to by law."

Linick said that attempted bullying by Bulatao also occurred when Bulatao "wanted to sort of take control over a leak investigation that was being conducted by the DODIG"—the Defense Department inspector general.

Commenting on whether there had been a "chilling effect" from his termination, Linick said others within the inspector general community have reached out to him and expressed that "they're fearful."

"Mr. Linick addressed head-on the shifting justifications that administration officials have provided to the press for his termination. Mr. Linick refuted—on the record, with the understanding that false statements to Congress are punishable under the law—charges being leveled against him by these officials and their allies in Congress," they said.

"If State Department officials want to refute Mr. Linick's account, they can do so as thecommittees have requested—under the same questioning that Mr. Linick voluntarily faced. With the release of this transcript today, the American people can see that the administration has much to answer for," the lawmakers continued. "With each passing day that these officials refuse to cooperate, we will continue to ask: what are they trying to hide?”

Pompeo, for his part, responded to the transcript Wednesday by dismissing Linick as a "bad actor in the Inspector General Office here. He didn't take on the mission of the State Department to make us better."