Even Trump’s own allies are worried about his 'violent rhetoric' following George Floyd’s death: report 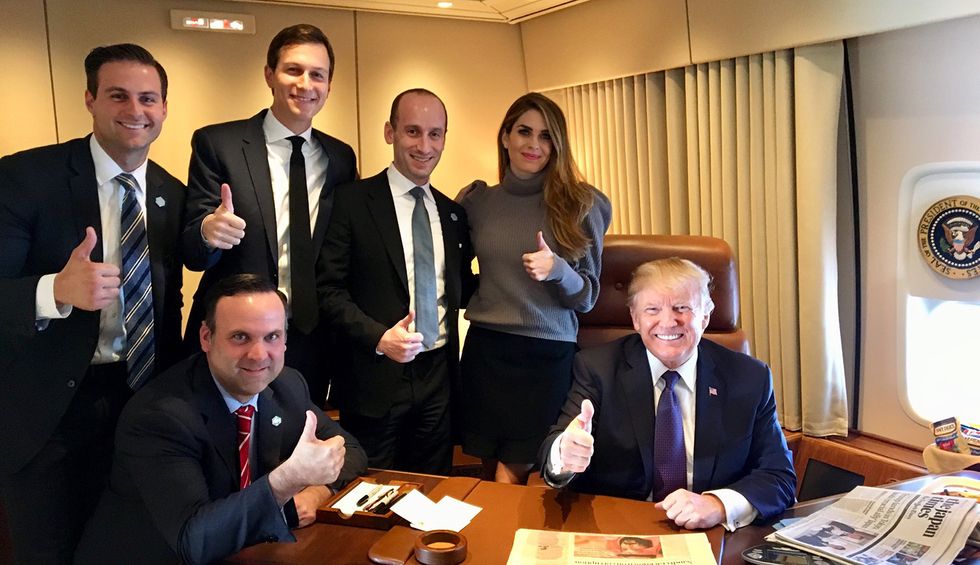 Four days after the brutal May 25 killing of George Floyd in Minneapolis, President Donald Trump decided to inflame an already tense situation by tweeting, “When the looting starts, the shooting starts” — a phrase infamously used in 1967 by Miami Police Chief Walter Headley and in 1968 by segregationist George Wallace. But according to Axios reporter Jonathan Swan, the criticism is not only coming from pundits and media figures: some of Trump’s own allies are worried that his inflammatory rhetoric could hurt him politically.

“Over the past couple of days,” Swan notes in a June 1 article, “numerous advisers both inside and outside the White House have urged the president to tone down his violent rhetoric — which many worry could escalate racial tensions and hurt him politically.”

One of the people who expressed concerns to Trump, according to Trump, was long-time adviser Hope Hicks. And a source described by Swan as a “senior White House official who typically likes it when Trump takes tough law-and-order positions” called the “looting/shooting” tweet “stupid.”

“Even aides who usually laugh or shrug their shoulders at Trump’s more outrageous tweets considered this one a problem,” Swan says of the “looting/shooting” tweet. “Some said they saw direct political implications…. Trump’s inner circle usually shrugs at his tweets. So, it’s a rare moment when they sound the alarm.”

Another inflammatory tweet that Trump has posted came on May 30, when he wrote that protestors near the White House would have been “greeted with the most vicious dogs and most ominous weapons” had they gotten too close.

Some of the criticism has also come from the business world. Swan reports that according to a source, Facebook CEO Mark Zuckerberg “expressed concerns about the tone and the rhetoric” when they spoke on the phone on May 29.