Defense Secretary Esper is on ‘thin ice’ after breaking with Trump on military’s role in protests: reports 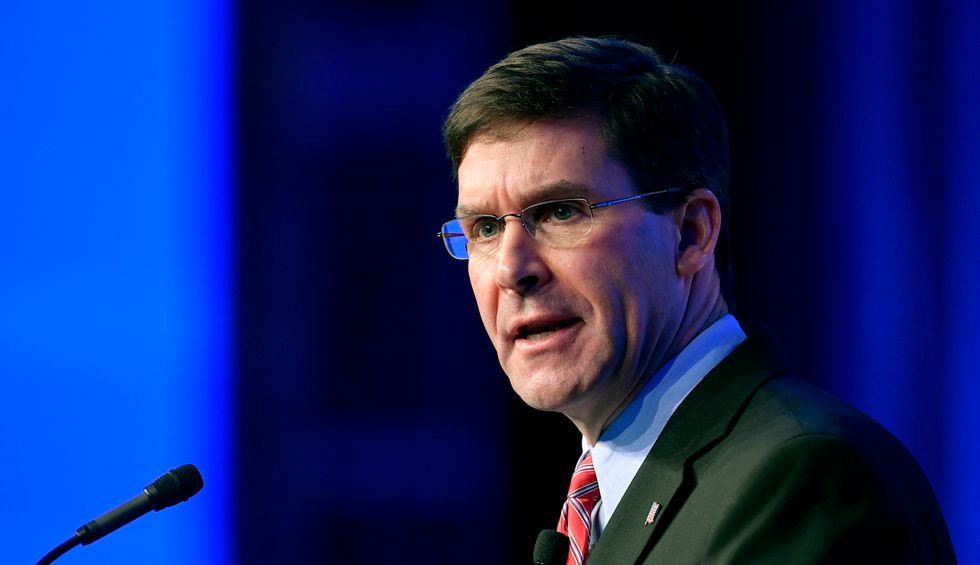 President Donald Trump has threatened to invoke the Insurrection Act of 1807 and use military force against demonstrators during the “Justice for George Floyd” protests taking place across the country. But when Defense Secretary Mark Esper spoke at a press conference on Wednesday, he parted company with the president and told reporters that U.S. military forces on active duty should only be used as a “last resort” domestically.

And Bloomberg News, along with journalists from other outlets, subsequently found that the Trump White House is not happy about it.

Esper told reporters, “The National Guard is best suited for performing domestic support to civil authorities in these situations in support of local law enforcement. The option to use active-duty forces in a law enforcement role should only be used as a matter of last resort and only in the most urgent and dire of situations. We are not in one of those situations now. I do not support invoking the Insurrection Act.”

“The nationwide protests have joined the virus pandemic as critical issues confronting the president ahead of November’s election,” the Bloomberg journalists noted. “Trump has repeatedly called for a hardline approach to the unrest the past week, lambasting governors on a call Monday to ‘dominate’ their streets.”

Well-known journalists have been weighing in on Esper’s press conference and possible repercussions for the defense secretary. Axios’ Jonathan Swan tweeted: “To put it mildly, White House officials aren’t thrilled with this press conference.” CNN’s Kaitlan Collins similarly said: “Esper’s press conference this a.m. is not going over well at the White House, where officials were unaware of what he was going to say. He had already been on thin ice with POTUS, who had been venting about him in recent weeks, per sources to [CNN’s Zachary Cohen] and me.”

Politico’s Jake Sherman tweeted, “Secretary MARK ESPER is walking on thin ice, according to administration officials. And eyes widened in the White House this morning when ESPER held a particularly sharp, newsy and notable news conference.”

Esper's press conference this a.m. is not going over well at the White House, where officials were unaware of what… https://t.co/WdBuIyjHlI
— Kaitlan Collins (@Kaitlan Collins) 1591201239.0

At a news briefing on Wednesday, White House Press Secretary Kayleigh McEnany was asked if Trump still had confidence in Esper — to which she responded, “If he loses confidence in Secretary Esper, I’m sure you all will be the first to know…. As of right now, Secretary Esper is still Secretary Esper. Should the president lose faith, we will all learn about that in the future.”

It wasn't a ringing endorsement.

“If he loses confidence in Secretary Esper I’m sure you will be the first to know,” White House press secretary Kay… https://t.co/VKfwddZRlo
— ABC News Politics (@ABC News Politics) 1591208732.0

The White House will not say if President Trump has confidence in his defense secretary or FBI director.........
— Kaitlan Collins (@Kaitlan Collins) 1591209466.0