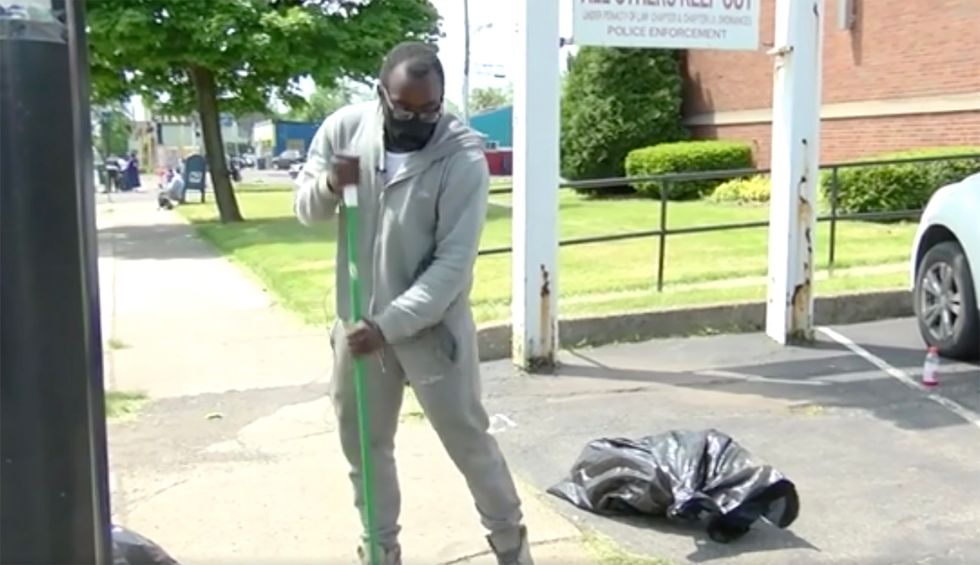 It cannot be stressed enough that the vast majority of “Justice for George Floyd” protestors in the United States have been peaceful and nonviolent. Buffalo is no exception; most of Buffalo’s protestors have been nonviolent. In that city, 18-year-old high school senior Antonio Gwynn Jr. even took the initiative with cleanup — and according to CNN, he is being rewarded for it with a college scholarship and a car.

“When Antonio Gwynn Jr. saw the damage from protests in his home town of Buffalo, New York,” CNN’s Gabriel Kinder explains, “he grabbed a broom, bought some trash bags and started cleaning the streets by himself. He started at 2 a.m. on Monday and did not stop cleaning for the next 10 hours. When an organized group of neighbors arrived later that morning to start clearing the damage, they found that Gwynn had already done most of the work.”

Bailey Avenue in Buffalo, Kinder notes, was “covered in glass and garbage” — and Gwynn “knew people needed to use that street to get to work in the morning.”

When word got around and Buffalo resident Matt Block, 27, saw what Gwynn was doing, he gave him his 2004 red Mustang convertible — and other Buffalo resident, insurance salesman Bob Briceland, thanked Gwynn by giving him a year of free auto insurance.

Gwynn, according to Kinder, planned to attend trade school while saving money for college, but Buffalo’s Medaille College — after hearing about his cleanup efforts — offered him a full scholarship. Gwynn plans to study business.