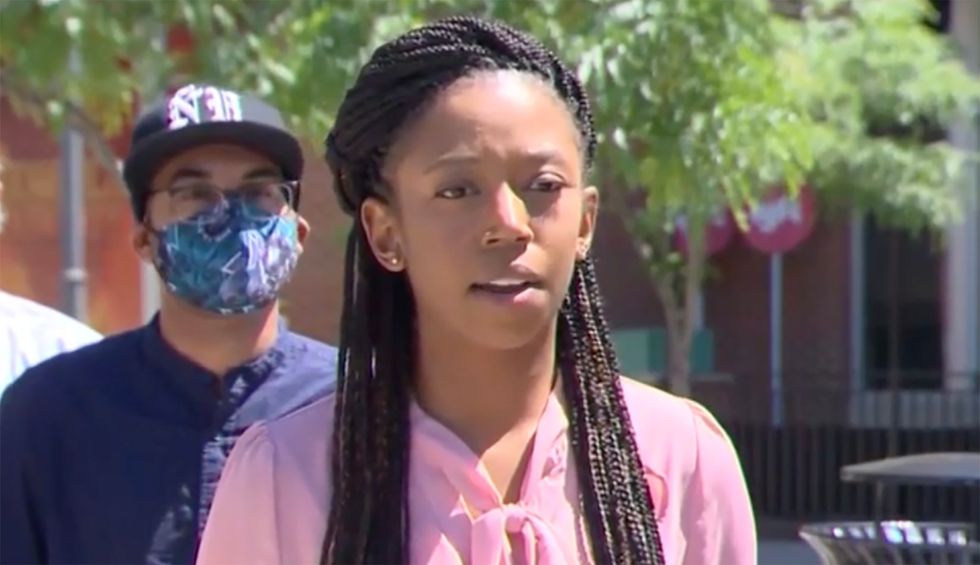 A Black Pittsburgh Post-Gazette journalist is accusing her employer of racial discrimination and illegal retaliation after the paper banned her and another Black journalist from covering protests for George Floyd, according to NBC Philadelphia. The 46-year-old Black father died May 25 when a white Minneapolis cop kneeled on his neck for more than eight minutes, sparking protests throughout the country.

Alexis Johnson was told she couldn’t write about jailed protesters or efforts to raise money for their bail after she mockingly tweeted about trash left behind by tailgaters at a concert for country music singer Kenny Chesney. “Horrifying scenes and aftermath from selfish LOOTERS who don’t care about this city!!!!! .... oh wait sorry. No, these are pictures from a Kenny Chesney concert tailgate. Whoops,” she wrote. She filed a lawsuit in federal court Tuesday in Pennsylvania, NBC Philadelphia reported.

“The Johnson Tweet was intended to—and did—mock, ridicule and protest discrimination against African Americans by society in general and by whites who equate property damage with human life,” an attorney said in the lawsuit.

Pittsburgh Post-Gazette executive editor Keith Burris wrote in an op-ed for the paper that Johnson was not singled out because she’s Black, but because her tweet suggested bias. “A journalist can be a commentator or a chronicler,” he wrote. “He or she cannot be both at the same time. But whether he is a straight up reporter or an opinion writer he must, above all, seek to be fair and truthful.”

Johnson told MSNBC’s Joy Reid that a white reporter who was similarly warned about a social media post he sent wasn’t then taken off of protest-related coverage. “In fact, he covered the protest the following day,” Johnson said.

An attorney brought up another incident of alleged discrimination in the lawsuit. “For example, Defendant’s reporters who spoke out publicly against discrimination and hate after the 2018 shootings at the Tree of Life synagogue—which did not involve actions by police directed at African Americans—were not removed from covering that story,” the attorney said.

The newspaper also banned many journalists who supported Johnson by sharing her tweet with #IStandWithAlexis. That included Pulitzer Prize-winning photographer Michael Santiago, who announced on Twitter Sunday he would be leaving the newspaper.

“It was not an easy decision, but as I said on Thursday night during the PBMF panel, how can I work for someone that doesn't love me," he said in the tweet.