Biden: Trump 'is going to try to steal this election' 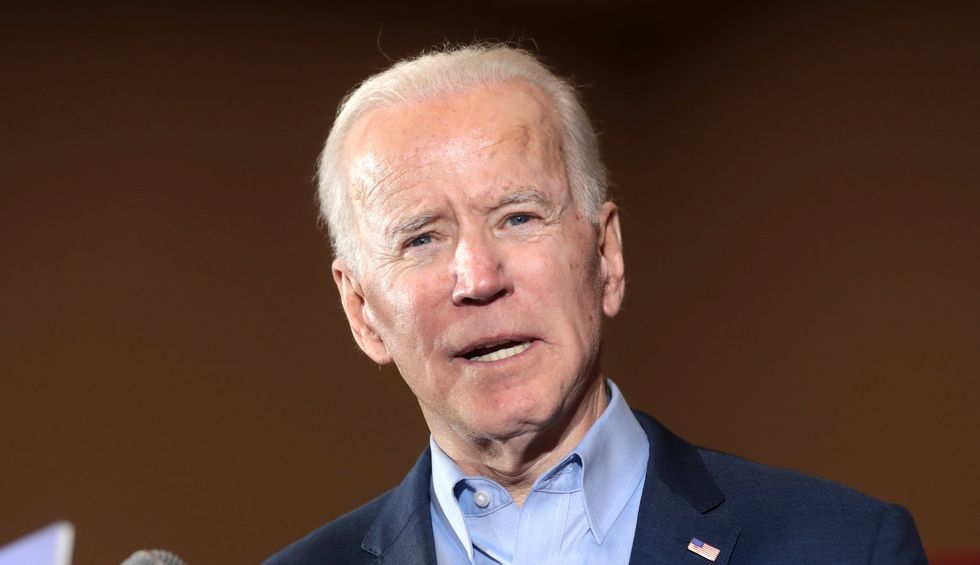 Former Vice President Joe Biden is prepared both to win the presidency and for Donald Trump to refuse to accept the results of election. In an interview with Biden on the Daily Show on Wednesday, host Trevor Noah asked if Biden had considered what would happen if Trump refused to leave. "Yes, I have," he quickly responded.

He's also concerned about his campaign being "moot," as Noah suggested, if voter suppression keeps Democratic voters out of the polls. "It's my greatest concern. My single greatest concern," Biden said. "This president is going to try to steal this election," he continued. "This is a guy who said that all mail-in ballots are fraudulent, voting by mail, while he sits behind the desk in the Oval Office and writes his mail-in ballot to vote in the primary." The Biden campaign is preparing for that, he said. "We're putting together a major initiative of lawyers to go out and make sure that we're in every single district in the country to patrol this."

That was Biden acknowledging the challenge Election Day is going to pose. The two discussed the debacle in Georgia on Tuesday in which voters in communities of color waited for hours and hours to vote in polling places that weren't prepared, with new machines and untrained and diminished staff because of the pandemic. The Trump campaign is promising to make Election Day even more fraught, recruiting tens of thousands of volunteers to serve as "poll watchers." Up until 2018, the Republican Party had been banned by federal courts from intervening in polling because they had been repeatedly—in 1982, 1986, 1990, and again in 2004—intimidating and interfering with would-be voters. With the Sen. McConnell and President Trump-appointed courts at the helm, they've been unleashed.

As for what happens when the vote is allowed to proceed and Trump is defeated, but refuses to leave, Biden says he's also thought about that. "Yes, I have, and I was so damn proud," he said, of the "four chiefs of staff coming out and ripping the skin off of Trump," apparently referring to the high-ranking former military officers who spoke out against Trump's militarized response to the Black Lives Matter protests. "And you have so many rank and file military personnel saying, 'Whoa. We're not a military state. This is not who we are,'" Biden continued. "I promise you, I am absolutely convinced they will escort him from the White House with great dispatch."

The fact that the current chairman of the Joint Chiefs of Staff, Gen. Mark Milley, has now said that he regrets having been a part of Trump's infamous protest photo op at St. John's Church in Lafayette Square suggests that Biden is probably right. Chances are Milley has heard from plenty of his current and former colleagues that, as he said: "My presence in that moment and in that environment created a perception of the military involved in domestic politics."