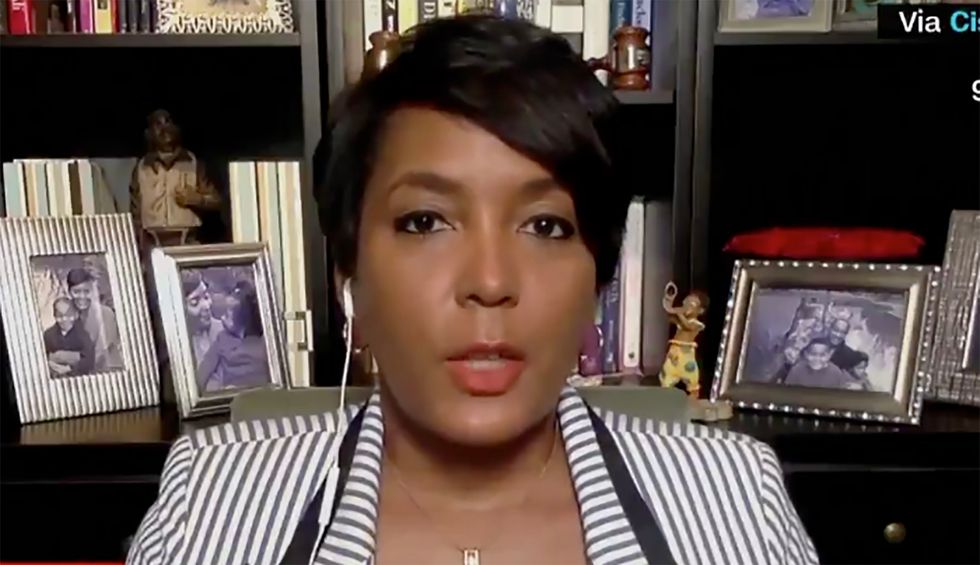 On CNN’s State of the Union on Sunday morning, Atlanta Mayor Keisha Lance Bottoms chatted with host Jake Tapper about Donald Trump’s indoor rally in Tulsa, Oklahoma. Bottoms summed up the event, and Trump’s remarks, nicely, saying he “continues to try and divide us and really inflames the worst in people.” In the clips below, Bottoms talks about Juneteenth, Trump’s “joke” about COVID-19 testing, and the November election.

As Daily Kos covered, Trump had a meager turn out for in-person attendance. According to the Tulsa fire department, the rally had a turn-out of fewer than 6,200 people. In terms of pandemic safety, that’s inarguably a good thing, especially as masks were not required to attend the event. Bottoms said she hopes “this is a preview for November,” adding that, “people are recognizing that this man is a danger to our country, a danger to our democracy and he should not be the president of the United States of America.”

Overall, Bottoms described the rally as an “embarrassment.” Trump, as Bottoms accurately pointed out, did not talk about “healing,” nor did he “recognize any of the racial tensions that are happening across our country.” Trump, of course, took time during the rally to lament the loss of confederate statues, saying the “left-wing mob” wants to “vandalize our history” when people actually just want to replace public symbols of racism and oppression.

At the rally, Trump said he told officials to slow down coronavirus testing to keep the number of cases low. As of Sunday morning, officials tried to backpedal that comment and dismiss it as a joke, including White House trade adviser Peter Navarro describing it as “tongue in cheek” while on CNN. But for the 120,000 recorded lives lost in the United States alone, the ongoing public health crisis is far from a laughing matter.

“This is no time to joke,” Bottoms said in a clip that’s quickly gaining traction on Twitter. “Even if it were a joke, which it was not, it was an inappropriate joke. Do you think the people—the 120,000 families out there who are missing their loved ones thought it was funny?"

You can check out the clips below.

Atlanta Mayor @KeishaBottoms on President Trump’s Tulsa rally: “That rally was an embarrassment… He did not recogni… https://t.co/9auD2viGoL
— State of the Union (@State of the Union) 1592748799