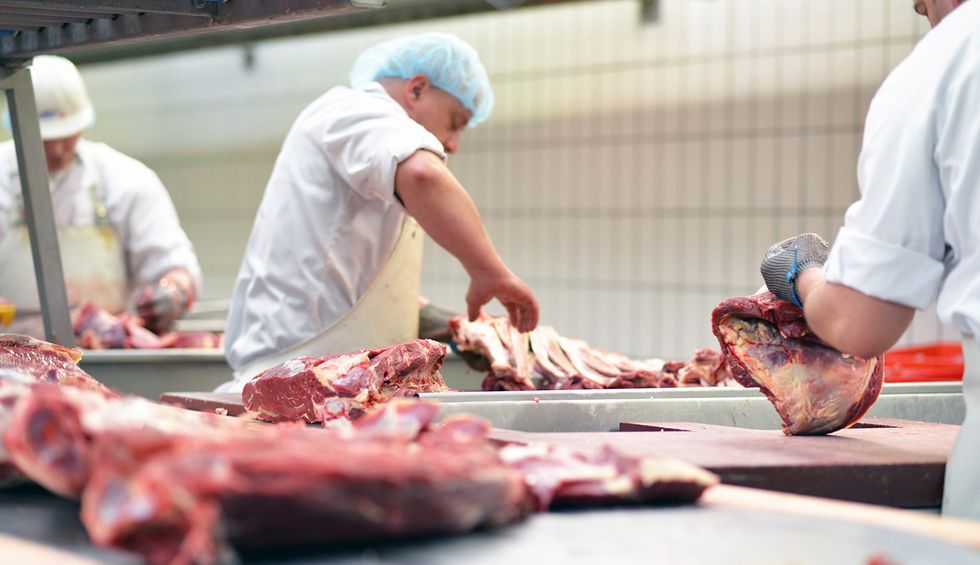 As workers in meat processing plants around the country earlier this year fell ill with the coronavirus, threatening production, industry leaders appealed to the government to allow the facilities to remain open, citing the threat of a catastrophic domestic food shortage.

It worked—President Donald Trump issued an executive order allowing the plants to stay open as essential businesses even as workers were getting sick and dying. However, according to new reporting from the New York Times and USA Today published Tuesday, the industry was lying about the threat of a shortage in order to maintain large exports to overseas markets.

Our country sacrificed the lives of meat workers to protect the business of meat companies. https://t.co/aT7XTsuDEB
— Matt Pearce 🦅 (@Matt Pearce 🦅) 1592331490.0

"The meat companies were saying the sky was falling, and it really wasn't," Food & Water Watch senior lobbyist Tony Corbo told the Times. "It wasn't that there was not enough supply. It was that the supply was being sent abroad."

Numbers from the U.S. Department of Agriculture show that the industry exported a record amount of pork to China in April, 129,000 tons, even as the industry was wringing its hands over shortages and appealing to the federal government for exemptions to Covid-19 restrictions imposed on the plants at the state and local level.

After slaughterhouses in several states were closed when thousands of workers tested positive and dozens died, the industry publicly lobbied the Trump administration to intervene with state and local officials or risk major meat shortages across American grocery stores. Indeed, some retailers put limits on the amount of meat customers could buy, and the fast-food chain Wendy's, at one point, ran low on hamburger.

But the meatpackers, including Smithfield, which China's largest pork producer bought in 2013, did not emphasize, at least not publicly, that keeping the plants open would also protect their long-term investments in exporting to a country that is vital to their growth.

Ben Lilliston, a co-executive director of the Institute for Agriculture and Trade Policy, which advocates for fair and sustainable food systems, told USA Today that the new data was unsurprising.

In that context, industry claims about shortages do not appear to have been about maintaining American food supplies, Lilliston said, but rather aimed at ensuring liability protections and avoidance of local regulations were contained in the executive order even as the industry continued to ship its product overseas.

"We've been very skeptical about these claims around shortages," said Lilliston. "I think they were able to use the idea of food shortages as leverage."