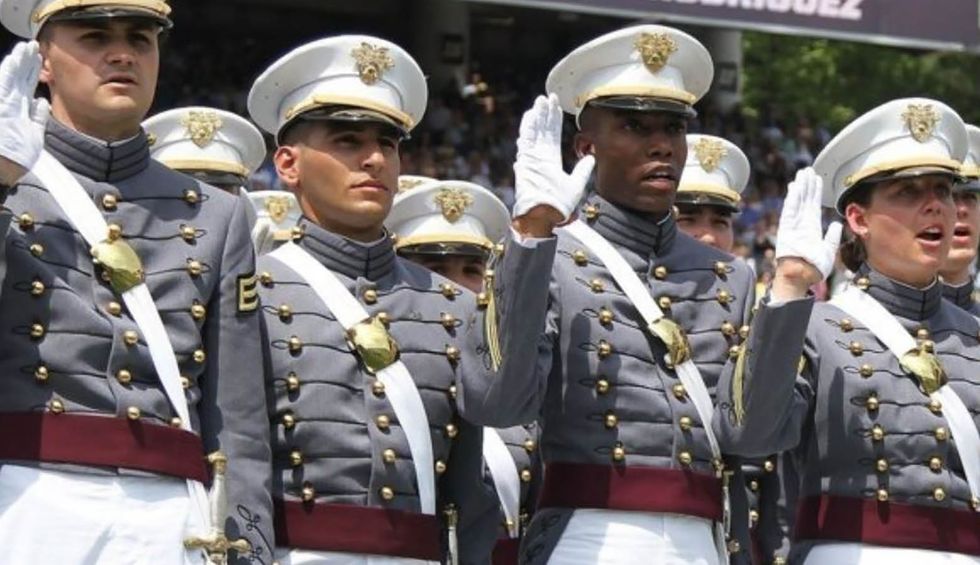 In April — when the coronavirus crisis was going from bad to worse in the United States — President Donald Trump announced that he would be speaking at West Point Military Academy’s commencement ceremony on Saturday, June 13. Concerns were raised about the possibility of infections among West Point cadets, and CNN journalists Barbara Starr and Chandelis Duster are reporting that “about 15 cadets” who “were brought back for graduation” have tested positive for COVID-19.

On May 31, according to Starr and Duster, a U.S. Army spokesperson told CNN, “The Army and West Point have done meticulous planning to ensure the health and safety of the returning cadets of the U.S. Military Academy’s Class of 2020. There is mandatory screening for all, and we’ve had a small number — about 1 ½% — test positive. This was anticipated. None were symptomatic, and no cadet has contracted through person-to-person contact while under the Army’s care. Those who test positive are isolated and receive appropriate care and attention, while we continue an orderly reintegration of our cadets.”

Cadets have been away from West Point’s campus, which is about 50 miles north of New York City, since early March.

The U.S. now has the highest number of coronavirus deaths in the world. According to researchers at Johns Hopkins University in Baltimore, more than 104,400 people in the U.S. had died of coronavirus as of early Monday morning, June 1. And Hopkins has reported a worldwide COVID-19 death count of more than 372,600.