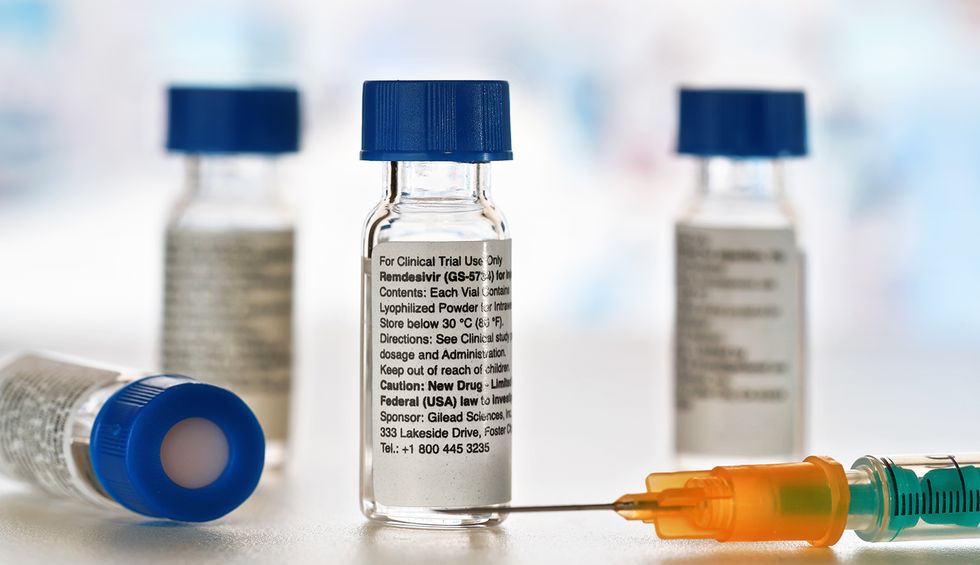 Consumer advocates reacted with disgust Monday to an announcement by Gilead Sciences that it will charge U.S. hospitals around $3,120 per privately insured patient for a treatment course of remdesivir, a drug which has proven modestly effective at speeding Covid-19 recovery times.

Peter Maybarduk, director of Public Citizen's Access to Medicines Program, called Gilead's pricing—which works out to around $520 per dose for non-government buyers like hospitals—"an offensive display of hubris and disregard for the public" and slammed the Trump administration for failing to ensure that the price of a drug developed with substantial taxpayer support is affordable for all.

Maybarduk pointed to Institute for Clinical and Economic Review research showing Gilead could still make a profit by pricing remdesivir at $310 per course.

"Gilead has priced at several thousand dollars a drug that should be in the public domain. For $1 per day, remdesivir can be manufactured at scale with a reasonable profit," Maybarduk said in a statement. "Gilead did not make remdesivir alone. Public funding was indispensable at each stage, and government scientists led the early drug discovery team. Allowing Gilead to set the terms during a pandemic represents a colossal failure of leadership by the Trump administration."

Public Citizen estimated in a May report that U.S. taxpayers contributed at least $70.5 million to the development of remdesivir.

Shortly after Gilead's announcement, the U.S. Health and Human Services Department said it reached an agreement with the pharmaceutical giant to purchase more than 500,000 treatment courses of remdesivir for American hospitals.

The Wall Street Journal reported that the United States is "the only developed country where Gilead will charge two prices"—one for government buyers ($390 per dose) and one for non-government buyers like hospitals ($520 per dose). The typical remdesivir treatment course consists of around six doses.

Unlike the U.S., the Journal notes, the governments of other advanced nations "negotiate drug prices directly with drugmakers."

Rep. Lloyd Doggett (D-Texas), chair of the House Ways and Means Health Subcommittee, said in a statement that "Trump's refusal to stop pandemic profiteering with a stroke of a pen is a green light to other manufacturers to exploit this tragedy."

Doggett said he is pressuring the Trump administration and Gilead to disclose the details of their agreement, including the sum the government paid for the 500,000 treatment courses of remdesivir.

"Taxpayers provided funding for the development of this drug. Now Gilead is price-gouging off it during a pandemic," said Sanders. "Coronavirus treatment must be free to all."