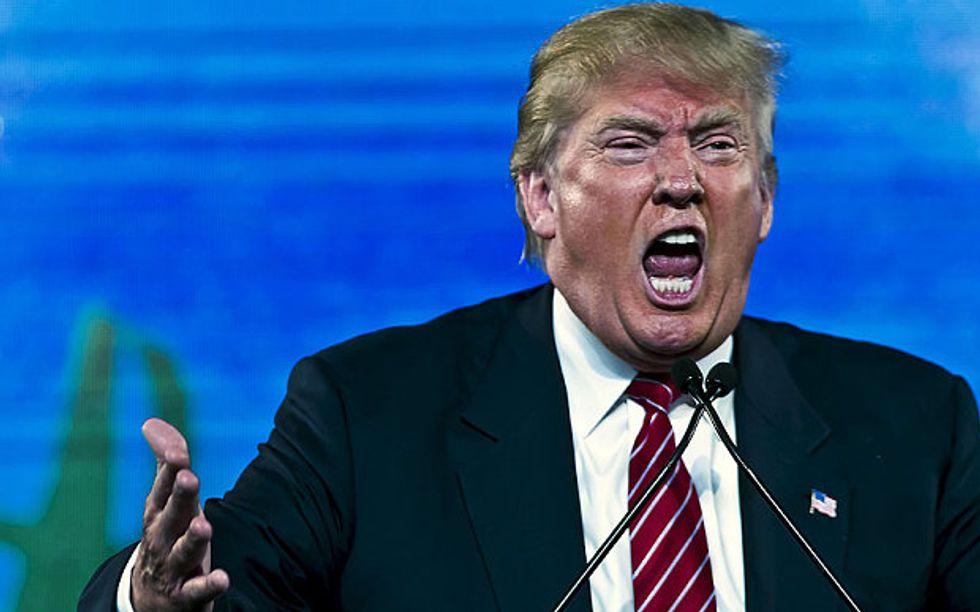 President Donald Trump's attacks on oversight continued late Friday as he announced his intention to replace the official serving as the Department of Health and Human Services Inspector General.

According to the White House announcement, Trump wants to have Jason Weida, who's currently serving as Assistant U.S. Attorney in Boston, take on the role currently filled by acting HHS Inspector General Christi A. Grimm. Her office's report (pdf) last month—which reflected hundreds of hospitals' reports of "widespread shortages" of personal protective equipment and "severe shortages of testing supplies" contributing to difficulties in responding to the coronavirus pandemic—left Trump fuming.

"Once again the President retaliates against an acting Inspector General whose reports he doesn't like," Donald K. Sherman, deputy director of Citizens for Responsibility and Ethics in Washington (CREW), wrote Saturday on Twitter.

"Don't let anyone tell you that the Trump administration is wholly incompetent," Sherman added. "They are REALLY good at undermining independent oversight and democratic norms. Perhaps the best ever. Especially during The #CoronavirusPandemic."

The nomination was the latest effort by Mr. Trump against watchdog offices around his administration that have defied him. In recent weeks, he fired an inspector general involved in the inquiry that led to the president's impeachment, nominated a White House aide to another key inspector general post overseeing virus relief spending and moved to block still another inspector general from taking over as chairman of a pandemic spending oversight panel.

The DHHS inspector general's office released a report on April 6, which, as Politico reported, "casts a different light on conditions Trump administration officials have portrayed as improving thanks to their response to the pandemic." The document reflects the results of a March 23–27 survey from 323 U.S. hospitals.

The key takeaway, according to the report:

Trump lashed out at press when asked about the report. He described the report as "just wrong," said the survey results "could be [Grimm's] opinion," and suggested the findings reflected poorly on the administration because she was Obama appointee. Grimm has been the acting inspector general since January 2020 and began work at Office of Inspector General in 1999, according to her government bio.

Daniel Levinson, who resigned last year from his 15-year role as the inspector general of DHHS, later praised Grimm for having "a sterling reputation, earned over many years, for sound independent judgment."

Esquire's Charles Pierce last month suggested Grimm's firing was likely imminent after her report "pretty much lit the federal response to the pandemic on fire."

"The easiest way to get fired at Camp Runamuck is to do your job the way it's supposed to be done," he wrote, "regardless of how vividly it illustrates the clown college that is this administration*."