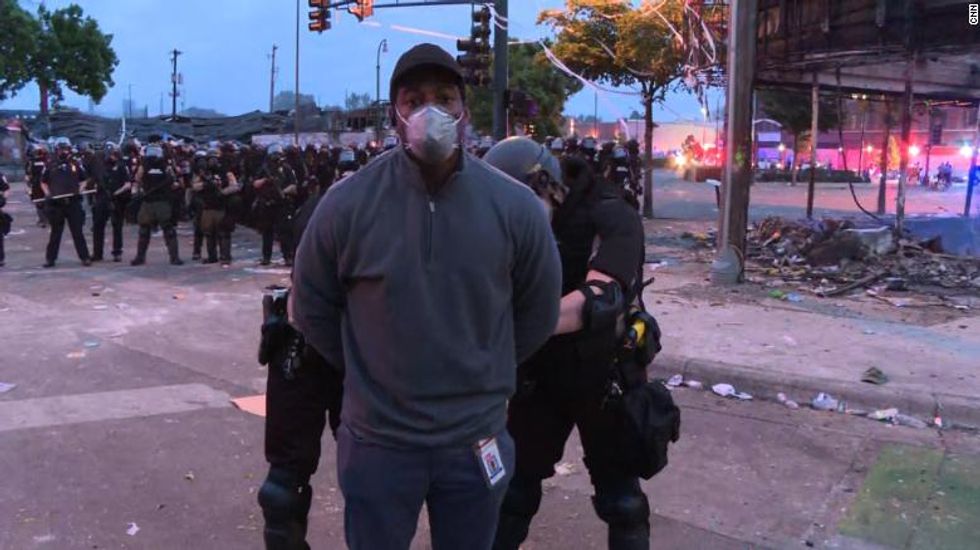 In the middle of a broadcast about the civil unrest in Minneapolis that occurred in the wake of the killing of George Floyd, Minnesota State Police surrounded Jimenez and put handcuffs on him.

After Jimenez was taken away, the officers proceeded to arrest every other CNN employee on the scene.

Police did not initially give a reason for arresting Jimenez, although they claimed shortly afterward that he and his crew were taken into custody because they refused to move when instructed. However, no footage shown during the broadcast shows Jimenez refusing an order to move.

"I've never seen anything like this, Alisyn," Berman said.

"They were standing where they were told to stand by police previously," Camerota said. "They were out of the way. We don't know why they were being arrested... they are allowed to be reporting on the unrest that's happening right now, but for some reason the State Police decided that they need to be under arrest."