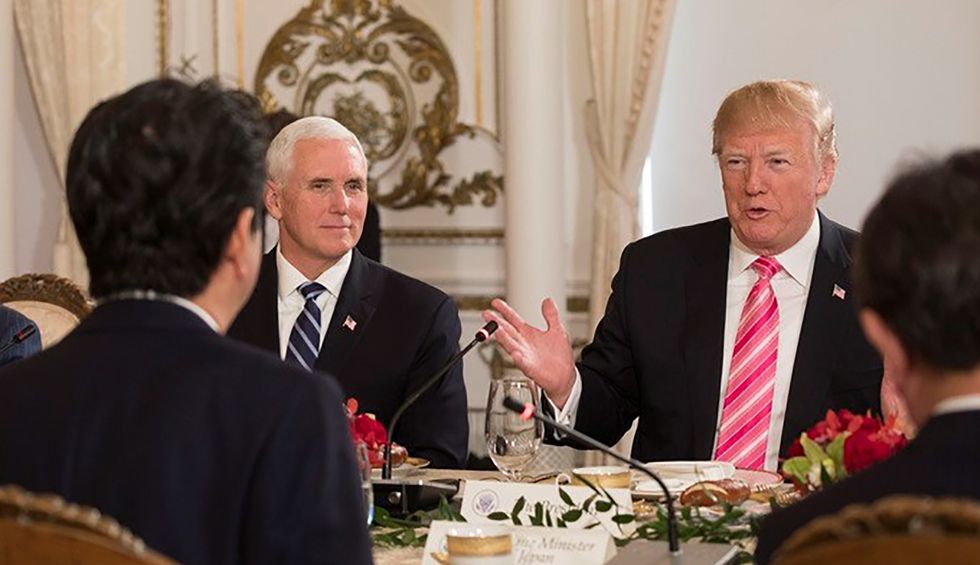 Amid all the intensity and serious of pandemic, this little fable with no international significance has been percolating over in a quiet corner of our world.

Once upon a time, a couple of months ago, Donald Trump moved his formal residence – and voting address – from the gilded Trump Tower in New York City to the equally exclusive Mar-a-Lago in West Palm Beach. But, in doing so, he stubbed his toe on local regulations that now are keeping him from adding a dock to his property.

Maybe he plans to move from golf to boating. More likely, he wanted to serve his high-flying friends and visitors at Mar-a-Lago by providing a waterside mooring.

Now, Trump has ended up withdrawing his dock request after The Washington Post disclosed that there was a local law requiring that only residential owners are eligible for docks in the interior south Florida waterways.

Ah, therein lies the quandary: At the time of purchasing Mar-a-Largo in 1993, Trump signed agreements with the town of 8,000 that he was opening a club, not a residence. The town wary about new water traffic in converting Mar-a-Lago from a single-family residence to a private club owned by a corporation that Trump controls.

The agreement also bans members from using the club’s guest rooms for longer than seven days at a time three times a year. Trump’s attorney at the time, Paul Rampell, assured town council members that he would not live at the club.

So, he owns a club, not private residence, which means that in registering to vote, just maybe Trump has made his voting address moot.

Indeed, he has created, you know, just the kind of mail ballot fraud he bleats about, since he voted by mail in Florida’s Republican presidential primary.

Having it Both Ways

It turns out that the West Palm Beach town council has been staying at home. Expecting bad news, Trump’s lawyers who withdrew this dock request by mail and promised to revisit it when the council is meeting physically again, but without mentioning coronavirus.

Trump’s Palm Beach neighbors and their attorneys who accused him and his legal team of trying to jam through the dock request while attention is focused on the unnamed pandemic.

But we’re skipping the good part beyond the dock. If it’s a club and not a residence, Trump can’t legally use it as a residence. Doing so is, how-you-say, illegal.

Reginald Stambaugh, lawyer for one of Mar-a-Lago’s neighbors, notes that besides the dock, “One prevalent issue remains lingering, whether President Trump still considers Mar-a-Lago Club his residence. He still can’t have it both ways. It’s either a club or a residence — not both. Florida’s voting laws apply to citizen Trump. If he resides there, he will have to close the club.”

The 1993 agreement also banned construction of a dock, but Trump was asking for that condition to be waived. Trump’s lawyer originally argued that the dock was necessary for the president’s protection, an assertion in the dock application that made no mention of Mar-a-Lago being the president’s home. In a later application, the rationale was changed, with Trump asserting that the club is his “personal residence.”

“The request is simply to add an accessory structure,” his attorney wrote. “A dock for private family use only.”

As a fable, it may be like learning not to throw rocks at mail-in ballot windows if you live in a glass house. Or maybe it is like the fisherman who wanted a larger and more golden palace before the dream disappeared. Or wanting too many grapes from the ground. But old Aesop would have had a ball with this one.

Poor little rich boy gets dream house that he cloaks in corporate clothes and more riches, only to get tripped up by the mundane tasks of registering to vote.

You call it home, I call it club. Let’s call the whole thing off.

Or how about just stop complaining about non-existent fraud in mail-in ballots.